So far in 2019-20, an estimated 29 million Americans have suffered from the flu, the CDC reports. Photo by Tina Franklin/Flickr

Based on the latest figures from the U.S. Centers for Disease Control and Prevention, released Friday, it seems the spread of the virus may at least be starting to slow down.

The report about a slowing number of cases comes a day after the CDC reported that this year's flu vaccine has been about 50 percent effective, an improvement over last year's vaccine and the best performance by one since 2016.

The agency noted that for the week ending February 15, 6.1 percent of all visits to healthcare providers were related to influenza-like illness, down from 6.7 percent the prior week. In addition, the percentage of samples testing positive for the virus fell slightly, from 30.3 percent to 29.6 percent during the most recent period.

Still, the CDC estimates that 3 million more Americans were sickened with the flu during the week ending February 15, bringing the total for the season to 29 million. The agency indicates the virus has been linked with 280,000 hospitalizations and 16,000 deaths, mostly in the elderly.

Overall, 6.8 percent of all deaths across the country for the seven-day period were linked with pneumonia or influenza, below the CDC's threshold for an epidemic of 7.3 percent. So far this season, 105 children have died from the flu.

One trend that experts say is concerning is that while more than half of lab-confirmed flu cases this season have involved the less virulent influenza B type, an increasing number of cases has been identified as influenza A, which experts say is more likely to cause an epidemic.

The CDC on Thursday also released preliminary data on the efficacy of this year's flu vaccine, with the numbers showing doctor visits connected to the flu are down overall this year by 45 percent overall, and by 55 percent in children.

The agency said the rates are consistent with estimates for previous seasons -- they run between 40 percent and 60 percent -- and are significantly better than the 2018-19 vaccine, which reduced visits by 29 percent.

This year's vaccine is currently on track to be the most effective since the 2015-16 season, which reduced visits by 48 percent, according to CDC data. 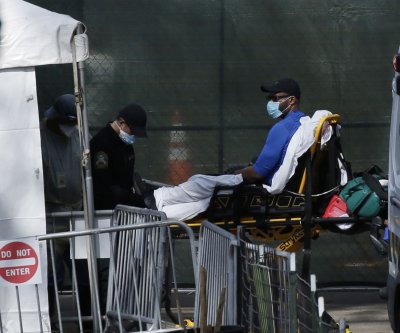 Health News // 4 hours ago
FDA relaxes blood donation restrictions for gay, bisexual men
April 2 (UPI) -- The U.S. Food and Drug Administration on Thursday lessened restrictions that prevent many gay and bisexual men from donating blood as the country faces blood shortages because of the COVID-19 pandemic.

Health News // 8 hours ago
People without COVID-19 symptoms might spread virus by talking, study suggests
April 2 (UPI) -- Speaking, singing and possibly even breathing too close to people might spread the novel coronavirus even before people feel symptoms, according to new findings.

Health News // 8 hours ago
UPMC patch, other COVID-19 vaccine candidates show promise
An experimental COVID-19 vaccine patch, in development at the University of Pittsburgh, spurred antibody production in lab mice. Researchers say they hope to start human testing in the next few months.

Health News // 11 hours ago
Pandemic increases challenge of caring for people with dementia
Before the COVID-19 outbreak, Annette Adams-Brown's 87-year-old mother was an avid follower of TV news. Now Adams-Brown has to channel-surf for a less stressful pastime.

Health News // 11 hours ago
Post-operation pain a growing threat to U.S. surgeons, study shows
Many surgeons have neck and back pain after performing operations, a small new study finds.

Health News // 19 hours ago
Patch pump device may offer cheaper insulin delivery
Rising prices have grabbed headlines as people struggle to afford their lifesaving insulin, but new research may have found an alternative for people with type 2 diabetes. 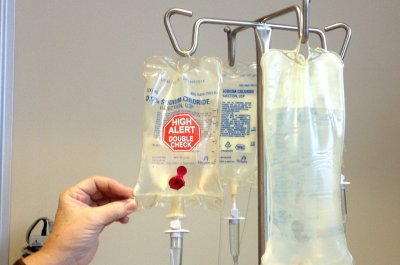