While a new study says the three nations are at high risk, researcher say other countries with less-prepared health systems may be more vulnerable to COVID-19.

Chinese people walk down a street wearing protective face masks due to the threat of spreading the deadly Covid-19 in Beijing on Monday, February 17, 2020. Photo by Stephen Shaver/UPI | License Photo

Feb. 19 (UPI) -- Egypt, Algeria and South Africa are among the highest-risk countries in Africa as the novel coronavirus, or COVID-19, outbreak threatens to expand to the continent, according to a modelling analysis published Wednesday in The Lancet.

Egypt confirmed the first case of the disease in the region, in a foreign visitor, last Friday. China is Africa's leading commercial partner and there is significant travel between the nation and the continent, the authors of the paper noted.

Overall, though, the risk of imported cases of COVID-19 coming to Africa is lower than that of Europe -- 1 percent versus 11 percent -- because of reduced travel to and from China.

"While almost three-quarters of all African countries have an influenza pandemic preparedness plan, most are outdated and considered inadequate to deal with a global pandemic," co-author Vittoria Colizza, of Inserm at Sorbonne Université in Paris, said in a press release.

"African countries have recently strengthened their preparedness to manage importations of COVID-19 cases, including airport surveillance, temperature screening at ports of entry, recommendations to avoid travel to China, and improved health information provided to health professionals and the general public, some countries remain ill-equipped," she added, however.

Indeed, countries determined to be at "moderate risk" in the COVID-19 outbreak -- Nigeria, Ethiopia, Sudan, Angola, Tanzania, Ghana and Kenya -- are among those that are less prepared and more vulnerable, the authors said. These countries require support to help them detect and handle imported cases of the virus, Colizza said.

Conversely, the three high-risk countries have the most prepared health systems in the continent and are least vulnerable, she added.

For their analysis, Colizza and her colleagues estimated the risk of African countries importing a COVID-19 case from China using data on the volume of air travel from infected Chinese provinces to Africa and the proportion of confirmed cases in the Chinese provinces as of February 11. Hubei province was not included, given the travel ban introduced by Chinese authorities in late January.

The researchers assessed each African country's capacity to detect and respond to cases based on two World Health Organization indicators: preparedness -- the functional capacity to manage emerging epidemics -- and vulnerability -- the ability to manage emerging epidemics based on demographic, environmental, socioeconomic and political conditions. They grouped African countries at risk of importing cases by the Chinese provinces estimated to contribute most to their risk.

Egypt, Algeria and South Africa were shown as having the highest risk of importing a COVID-19 case from China, but had moderate to high preparedness and low vulnerability. Meanwhile, Nigeria and Ethiopia had moderate preparedness, but high vulnerability, and both had substantially larger populations that could be potentially exposed.

RELATED WHO confirms experts' presence at coronavirus epicenter in China

In addition, Morocco, Sudan, Angola, Tanzania, Ghana and Kenya had similar importation risk and population sizes, but variable levels of preparedness and high vulnerability -- except Morocco which had low vulnerability.

All other African countries had low to moderate importation risk with low to moderate vulnerability and mostly low preparedness, except for Tunisia and Rwanda, the authors found.

The WHO has included Algeria, Ethiopia, South Africa and Nigeria on its list of 13 top priority countries for the COVID-19 outbreak, based on direct links and volume of travel to China. Increased resources, surveillance and capacity building should be urgently prioritized in African countries with moderate risk of importing cases of COVID-19, the authors noted.

"It is essential to train, equip, and strengthen the diagnostic capacities of hospital laboratories close to infectious disease and emergency departments to reduce the time to deliver results, manage confirmed cases and contacts more rapidly and preserve strict infection control measures," Colizza said. "Equally, increasing the number of available beds and supplies in resource-limited countries is crucial in preparation for possible local transmission following importation." 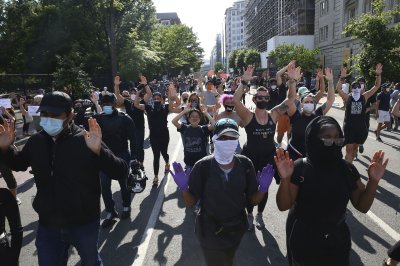 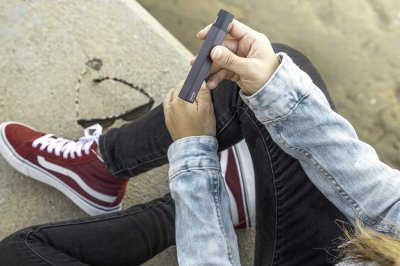