WHO extends global emergency for Ebola in DRC 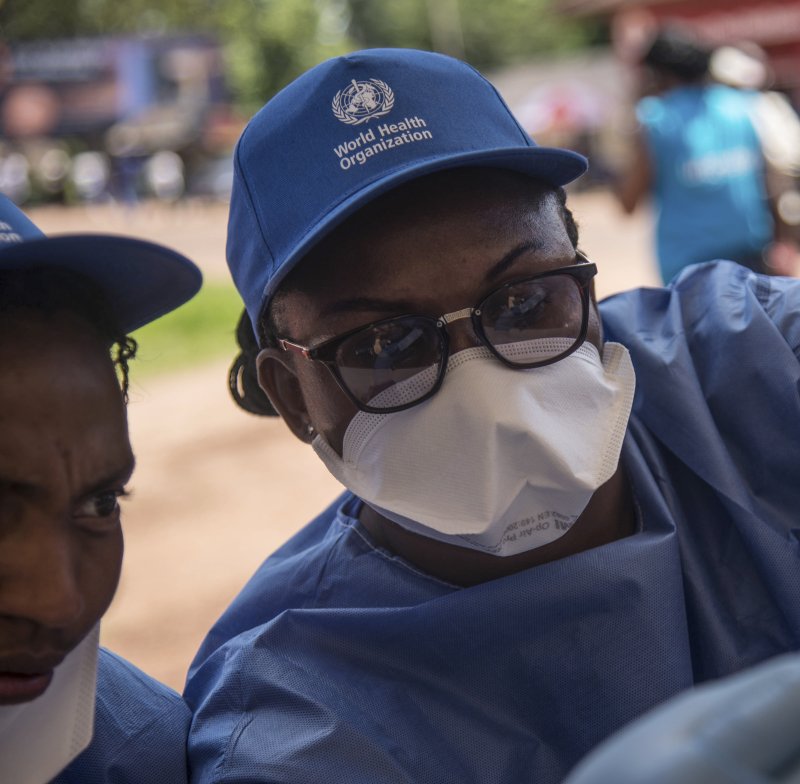 A worker from the World Health Organization prepares to administer Ebola vaccination during the launch of an experimental vaccine in Mbandaka, north-western Democratic Republic of Congo, in May 2018. Photo by EPA-EFE

Feb. 13 (UPI) -- The World Health Organization has extended its global health emergency status for the Democratic Republic of Congo in its fight against Ebola over concerns that ending the declaration might negatively affect response efforts as they near a possible end to the outbreak.

The WHO's Emergency Committee unanimously agreed to continue the designation known as a Public Health Emergency of International Concern for the DRC, which gives the organization more power to limit the spread of the disease.

"As long as there is a single case of Ebola in an area as insecure and unstable as eastern DRC, the potential remains for a much larger epidemic," said WHO Director-General Tedros Adhanom Ghebreyesus in Geneva during a media briefing.

Ghebreyesus said the WHO's assessment of the situation is that the risk of Ebola spreading within the DRC and regionally was high but globally was low and that he was hopeful the outbreak may soon come to an end.

"The signs are extremely positive in the eastern DRC, and I hope that by the time the Emergency Committee reconvenes, we will be able to declare an end to the outbreak," he said.

The WHO declared the DRC's Ebola outbreak a Public Health Emergency of International Concern in mid-July after the first confirmed case was discovered in Goma, a city of nearly 2 million people on the border with Rwanda and a gateway to the rest of the country as the capital of North Kivu province.

Since the outbreak was declared on Aug. 1, 2018, it has grown to become the second-largest Ebola outbreak on record with a death toll of 2,253 and 3,308 confirmed cases, according to WHO data.

However, only three new cases were confirmed last week and those patients had been reported as contacts with previous cases and two of them had been under observation, the WHO said. For the organization to declare the outbreak over 42 days must pass since the last possible exposure of a confirmed case.

Some 800 WHO staff are currently in the Central African country supporting the government-led response to the outbreak.

News of the extension follows WHO recently declaring the COVID-19 outbreak in China as a Public Health Emergency of International Concern late last month.

Health News // 16 hours ago
Benefits of 'bloodless medicine' boost surgery without transfusions
Bloodless medicine, also known as patient blood management, it is used when a transfusion is not an option for religious reasons or safety concerns. It is becoming more mainstream due to the list of potential benefits

Health News // 20 hours ago
Sense of purpose may reduce risk of premature death
Having a clear purpose in life could reduce your risk for premature death.

Health News // 20 hours ago
Traditional Medicare linked to better cancer outcomes than Medicare Advantage
Your chances of surviving cancer could depend on the type of Medicare plan you have, a new study reports.

Health News // 20 hours ago
Some caregiving tasks may ease loneliness, others increase it
Taking care of a loved one can either be a break from loneliness or help to bring loneliness on, depending on your circumstances, new research shows.

Health News // 1 day ago
Vaping may damage teeth, study shows
On top of their other health hazards, electronic cigarettes may help rot your teeth, a new study suggests.

Sense of purpose may reduce risk of premature death