White and black Americans have higher premature death rates than Latins, as well as people from South and Central America.

Feb. 13 (UPI) -- Residents of Latin American countries and U.S. citizens of Latin descent are less likely to die prematurely than white and black Americans, a new analysis has found.

In a study published Wednesday in JAMA Network Open, researchers found that several Latin American countries -- including Chile, Colombia, Cuba, Ecuador, Panama and Peru -- as well as Latin communities in the United States, had lower rates of premature death than those of other ethnic origins across the western hemisphere.

"We observed that death rates among adults aged 20 to 64 were lower among U.S. Latinos and populations in several Latin American countries, compared with rates among U.S. whites," study co-author Yingxi Chen, staff scientist in the NIH's Division of Cancer Epidemiology and Genetics, told UPI. "Nearly all the Latin American populations we studied had more rapid decreases in premature death rates in this age range between 2001and 2015, compared to U.S. whites.

The authors defined premature deaths as those occurring in adults between 20 and 64 years of age. Infant and child mortality was not included.

In all, more than 22 million premature deaths reported between 2001 and 2015 from across the Americas were included in the analysis.

The new data shows premature mortality rates for both women and men decreased in all the populations studied from 2001 to 2015, except for white U.S. residents, whose rates "plateaued," and Nicaraguan men, whose rates increased slightly, the authors report.

Chen told UPI that the study focused only on trends and patterns in premature death and did not "identify individual or group-level information that may differentiate whether or not modifiable risk factors have influenced the observed rates."

RELATED Many in U.S. are inactive, with Southerners faring worse

"Other studies have identified some of the leading causes of premature death in the U.S. population, including accidental deaths, primarily drug overdoses caused by opioids; chronic liver disease and cirrhosis; and suicide," Chen added. 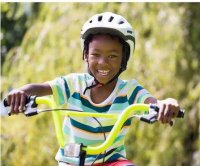 Health News // 1 hour ago
Bike-linked head injuries plummet for kids, but not adults
There's good news and bad on rates of head injuries among America's bike-riding public: Rates for these injuries have sharply declined among kids but barely budged among the growing number of adult bike riders.

Health News // 16 hours ago
FDA: Magnets in cellphones, smartwatches may affect pacemakers
The U.S. Food and Drug Administration is warning that strong magnets in some cellphones and smartwatches can interfere with pacemakers and other implanted medical devices.