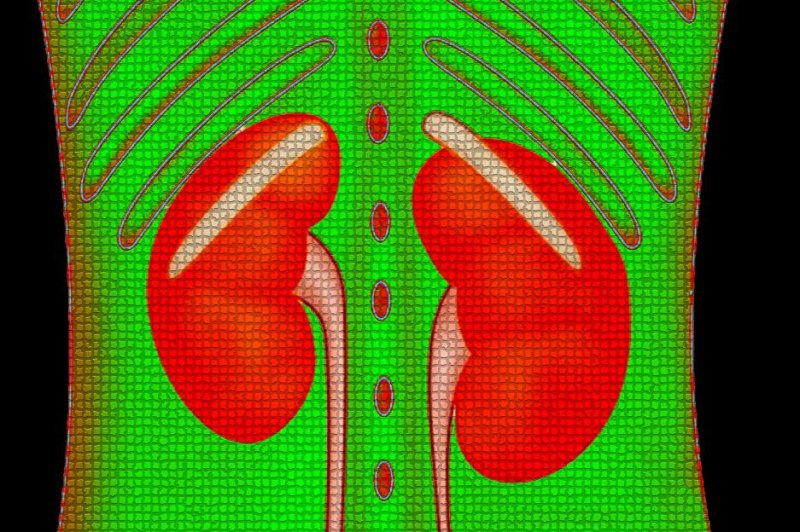 Feb. 13 (UPI) -- Chronic kidney disease has been described as a "global killer in plain sight" by the authors of a new analysis estimating prevalence of the condition.

The percentage of the general population requiring dialysis to manage kidney disease has also increased by 40 percent since 1990, researchers report.

"The evidence is clear: Many nations' health systems cannot keep pace with the dialysis demand," said co-author Theo Vos, professor of health metrics sciences at the Institute for Health Metrics and Evaluation at the University of Washington's School of Medicine. "Cases far exceed and are well beyond the ability of those systems to handle. The consequences, literally, are deadly."

High blood pressure and diabetes are considered the primary causes of chronic kidney disease, although there are other health conditions that have been linked with its development. Environmental exposure to toxic substances may also play a role in some cases, experts say.

In their analysis, Vos and colleagues found that chronic kidney disease was the 12th leading cause of death globally in 2017, up from 17th in 1990.

In all, there were nearly 700 million cases of chronic kidney disease in 2017, and nearly one third of those patients lived in two countries -- China, which had 132 million cases, and India, which had 115 million.

In addition, another 10 nations -- the United States, Indonesia, Russia, Japan, Brazil, Pakistan, Mexico, Nigeria, Bangladesh and Vietnam -- each had more than 10 million cases in 2017. In total, 79 of the 195 countries included in the study exceeded 1 million cases

The researchers wrote many of these countries are unable to keep pace with the demand for dialysis, due to lack of resources.

There was a more than 15-fold difference in the burden of chronic kidney disease among countries: American Samoa, El Salvador, Federated States of Micronesia, Marshall Islands and Mauritius had the highest estimated rates of years lost to ill health with more than 1,500 per 100,000 population. Andorra, Finland, Iceland, and Slovenia had the lowest with fewer than 120 per 100,000 population.

Globally, Vos and his team found that an additional 1.36 million deaths were attributable to cardiovascular disease resulting from impaired kidney function.