Since 2012, the cost of antiviral treatment for HIV, the virus that causes AIDS, has jumped 34 percent. That's nearly four times the inflation rate.

The U.S. government aims to end the HIV epidemic by 2030, but skyrocketing medication costs may make that a pipe dream, a new study suggests.

Since 2012, the cost of antiviral treatment for HIV, the virus that causes AIDS, has jumped 34 percent. That's nearly four times the inflation rate.

Even with new generic options, initial treatments now top $36,000 per patient per year, according to the study.

RELATED CDC: More than 150K people infected with HIV don't know they have it

"Clearly, there is a movement by the industry to increase drug prices, and there's been advertising to try and make sure that people who might be on older, cheaper drugs transition to newer, more expensive ones," said lead researcher Dr. Rochelle Walensky, a professor of medicine at Harvard Medical School in Boston.

Walensky noted that the federal government's "Ending the HIV Epidemic" initiative aims to see a 90 percent reduction in new HIV cases by 2030.

To meet that goal, the United States needs to increase viral suppression by 33 percent. That will require spending nearly $36 billion a year on medicine alone, she said.

The drugs are generally covered by insurance, whether it be Medicaid or private insurance. But Walensky said it's not clear that all patients have insurance.

"In many cases, it's really the public paying for these drugs," she said.

One reason prices are climbing is that deep pools of government and private money -- including expanded Medicaid and the Ryan White HIV/AIDS Program -- cover these drugs. Another reason: There is no government oversight to control prices, Walensky said.

"The public needs to keep an eye on these drug costs because they're rising rapidly," Walensky said. "That's unacceptable, and we are in the midst of a public health mission to end this epidemic, and we're not going to be able to do it if these costs continue to increase at these rates."

Andrew Powaleny -- spokesman for PhRMA, the trade group representing the pharmaceutical industry -- said breakthroughs in HIV drugs have significantly reduced deaths from the disease. "These innovations are meaningless, however, if patients can't afford them," he added.

While not addressing why prices have risen so dramatically, Powaleny mentioned some industry efforts to make HIV drugs more affordable to patients.

Those efforts include discounts and rebates that the new research does not take into account, he said. Powaleny said the industry is trying to make sure those savings are shared with patients at the pharmacy counter.

"Biopharmaceutical companies are working to fix the health care system so it works better for patients by improving patient affordability," he said.

The industry also would like to see a cap on out-of-pocket costs and coinsurance lowered from 25 percent to 20 percent, Powaleny said.

"We also need to delink supply chain payments from the list price of a medicine," he said.

The report was published online Feb. 3 as a research letter in JAMA Internal Medicine.

For more on HIV/AIDS, visit the U.S. Centers for Disease Control and Prevention.

Health News // 2 hours ago
New drug shows promise for pneumonia caused by COVID-19, study finds
April 6 (UPI) -- Researchers have identified a new drug that reduced the lung damage associated with COVID-19 in human lung cultures and mice, but it still needs to be tested for safety and efficacy in humans.

Health News // 4 hours ago
Spread, mitigation of COVID-19 could be tracked in municipal wastewater
April 6 (UPI) -- Researchers at the University of Arizona say they may be able to track the presence of coronavirus in communities by analyzing municipal wastewater.

Health News // 4 hours ago
Trials begin for potential COVID-19 drug remdesivir
A drug originally developed to treat Ebola is getting a second chance in the spotlight, as research teams in the United States, Asia and Europe race to test it against the new coronavirus.

Health News // 3 days ago
Pets can be true lifesavers for seniors
Having a furry, fluffy or feathered friend can have a profound effect on seniors' mental health, possibly even helping prevent some suicides, new research suggests. 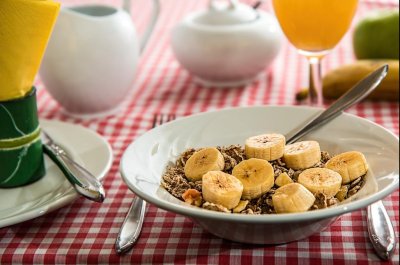