At least 19M Americans sickened by flu so far this season, CDC says

The numbers remain below the threshold to qualify as an epidemic, and most strains respond to antiviral treatment, the agency said

Jan. 31 (UPI) -- While coronavirus is getting all the headlines, the flu is making more Americans sick, according to the Centers for Disease Control and Prevention.

In the agency's latest FluView report, released Friday, CDC estimates that so far this season there have been at least 19 million flu illnesses, 180,000 of which have required hospitalization. So far, approximately 10,000 people have died from the common bug -- including 68 children.

To compare, as of Friday, there were still only six cases of 2019 novel coronavirus confirmed in the United States.

For the seven-day period ending January 25, the CDC said that 6.7 percent of all deaths across the country were caused by pneumonia- or influenza-related illnesses. This is still below the agency's epidemic threshold of 7.2 percent.

However, the District of Columbia, New York City and Puerto Rico as well as 41 states -- up from 37 the previous week -- reported "high" flu activity.

The agency noted that roughly 60 percent of the virus specimens tested nationally to date have been influenza type B, the less severe strain.

Two influenza A viruses -- A (H1N1)pdm09 and A (H3N2) -- as well as two influenza B viruses -- B/Victoria and B/Yamagata -- make up the majority of the specimens tested, and all four respond well to currently available antiviral medications.

Initial data on the effectiveness of the flu vaccine in use for this season will be available later this spring, officials said. 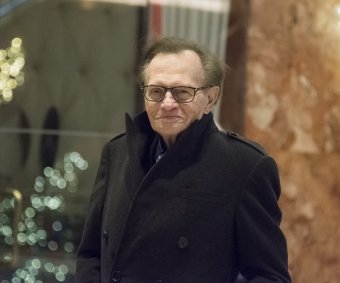