WHO emergency committee to meet Thursday on coronavirus 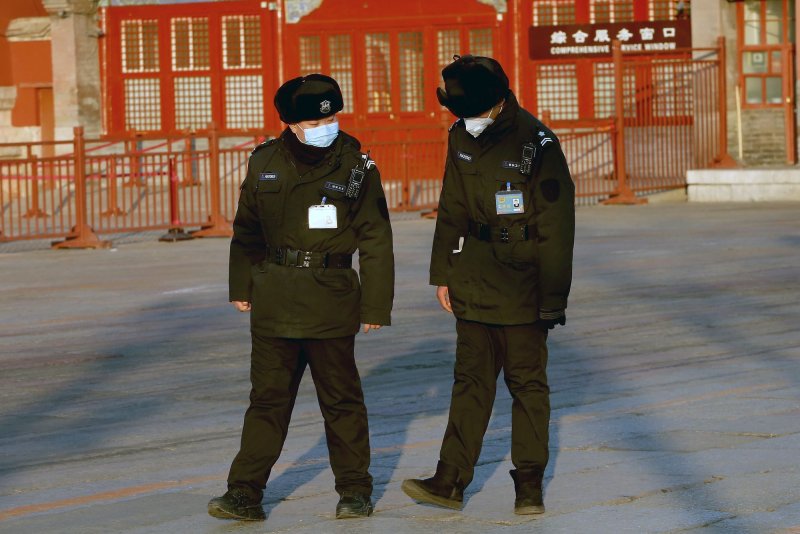 Police wear protective masks as they patrol the Forbidden City, which remains closed due to the coronavirus alert, in Beijing on Wednesday. Photo by Stephen Shaver/UPI | License Photo

Jan. 29 (UPI) -- World Health Organization officials on Wednesday warned that the global community "needs to be on alert" for new cases of the 2019 novel coronavirus, though the agency did not declare the outbreak a public health emergency of international concern.

The WHO's Emergency Committee has been reconvened by Director-General Tedros Adhanom Ghebreyesus and will meet Thursday in Geneva to determine whether the outbreak constitutes such an emergency and any recommendations for managing it.

Mike Ryan, executive director of the WHO Health Emergencies Program and a committee member, said the decision to reconvene the group "is based on evidence of an increasing number of cases, and human-to-human transmission has occurred outside of China."

"This is of grave concern," he added.

Ryan was among a team of WHO leaders who visited with Chinese officials in Beijing and elsewhere on Tuesday. Ninety-nine percent of the more than 6,065 confirmed cases of the 2019 novel coronavirus, or 2019 n-CoV, have been in China, with 71 cases in 15 other countries, including five patients in the United States.

All 128 deaths attributed to the virus have occurred in China.

Ryan said Chinese officials have agreed to have a WHO team on the ground to observe and learn from the government's response to the outbreak.

The Chinese government has been very forthcoming with information on the outbreak, he said. Chinese health officials proactively reached out to their counterparts in Germany to notify them that a person suspected to have the virus was returning there.

That person may have been part of the first -- and, to date, only -- case of human-to-human transmission outside China, although two other possible instances are under investigation. WHO officials would not say where.

"We are very impressed with level of engagement of the Chinese government at all levels," Ryan said.

RELATED Coronavirus: Australians at outbreak epicenter to be evacuated

Among measures to contain the virus, China has extended the public holiday for the Lunar New Year by three days; put Wuhan, where the outbreak started, and 16 other cities on lockdown; banned tour groups from leaving China; and canceled big holiday events in Beijing and Shanghai. The government was also constructing a clinic to handle the cases.

"I personally have never seen this scale of commitment of epidemic response in terms of all different sections of government," Ryan said, mentioning his involvement in the WHO's SARS response in 2004-05. "The challenge is great, and the response has been massive. The Chinese government deserves huge credit."

Adhanom, who also visited China, said he was "very impressed" with President Xi Jinping's knowledge of the outbreak and involvement in the response. He is demonstrating "very rare leadership."

Health News // 1 hour ago
Risk of prostate cancer is higher among Black men, study finds
Even in a setting where White and Black people have equal access to medical care, Black Americans fare worse than White Americans in terms of prostate cancer, new research shows. 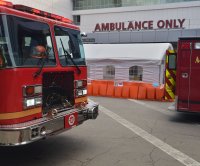 Health News // 9 hours ago
Long emergency room waits may raise risk of death
A seemingly endless wait in an emergency department can be taxing for many reasons, but new research suggests that long delays in being admitted to the hospital may even raise a patient's risk of death. 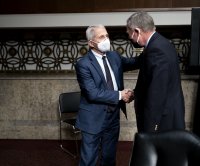 Health News // 15 hours ago
Study: Heart function returns quickly in children with COVID-19-related MIS-C
Jan. 19 (UPI) -- Most children who develop a rare, but sometimes severe, heart complication due to COVID-19 recover quickly, a study published Wednesday by the Journal of the American Heart Association found.

Health News // 17 hours ago
Study: Opioid addiction treatment in jail reduces re-arrest risk after release
No magic bullet exists for ending the U.S. opioid crisis, but there's hopeful news for one high-risk population: Providing addiction medication in jails reduces the odds of addicts being re-arrested after their release.