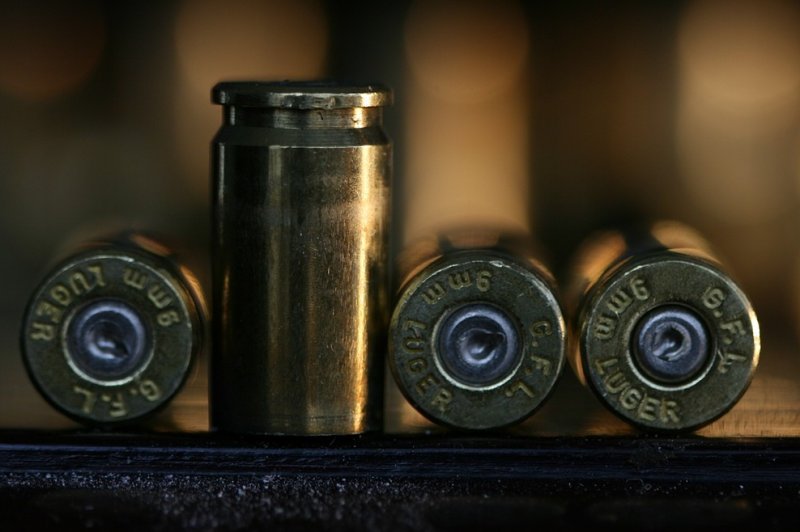 Those injured in gun violence have longer-term mental physical health problems than those hurt in motor vehicle crashes, according to new research. File photo by tung256/Pixabay

Jan. 16 (UPI) -- People injured as a result of gun violence in the United States have higher rates of chronic pain, post-traumatic stress disorder and other physical and mental health problems in the months after these incidents than those hurt in motor vehicle crashes, a new analysis has revealed.

In findings published Thursday in the journal Annals of Surgery, researchers note that, among survivors of firearm injury, 68 percent reported daily pain, 53 percent screened positive for PTSD, 39 percent reported a new functional limitation in an activity of daily living -- like walking, cooking, eating or going to the bathroom -- and 59 percent had not yet returned to work.

In all, three out of every four firearm injury survivors had at least one of these negative long-term outcomes.

"We need to better understand the causes of these outcomes so that we can find opportunities for intervention," study co-author Juan P. Herrera-Escobar, research director of Long-Term Outcomes in Trauma in the Center for Surgery and Public Health at the Brigham and Women's Hospital in Boston, said in a statement. "This work has profound implications for trauma systems and highlights the failure to help patients receive the proper services for a successful recovery after a traumatic, firearm-related injury."

According to the Giffords Law Center, 36,000 Americans are killed by guns each year, while an additional 100,000 are shot and injured. In 2017, gun deaths reached their highest level in at least 40 years, with 39,773 deaths, the organization reports.

As part of the Functional Outcomes and Recovery after Trauma Emergencies, or FORTE, project, Herrera-Escobar and his colleagues surveyed adults who had survived traumatic injury after being treated at one of three level-I trauma centers in Boston between 2015 and 2018. FORTE is designed to measure long-term outcomes that are meaningful to patients and their families, including functional status, health-related quality of life, treatment adherence, and more.

RELATED 1 in 18 teens carries a gun to school, study says

Not only were rates for chronic pain and PTSD significantly higher than rates among the general population, survivors of firearm injury were significantly more likely to have daily pain or PTSD. They also had worse physical and mental health-related quality-of-life than survivors with similar injuries from motor vehicle crashes, researchers said.

"When it comes to the public health problem posed by firearm injury, death is just one piece of the puzzle," Herrera-Escobar said. "Mortality rates for trauma patients have been dropping significantly over the last 20 years, but this presents a new challenge: What will we do for patients whose lives we save but who continue to suffer from the repercussions of traumatic injury? Our study shows that injury, and especially firearm injury, casts a long shadow over the lives of those who survive."

Health News // 38 minutes ago
Black, Hispanic people in U.S. less likely than White people to receive opioids
Dec. 7 (UPI) -- Black and Hispanic adults in the United States were less likely to be given opioids for pain management than White adults in 1990s, when they were new to market, but now are more likely to receive them, a new study says.

Health News // 9 hours ago
Study: COVID-19 pandemic sent blood pressure of people in U.S. skyward
Data covering almost half a million middle-aged Americans shows that about 27% saw their blood pressure go up significantly in 2020 after COVID-19 restrictions unfolded compared to the previous year.

Health News // 10 hours ago
Survey: 1 in 3 college freshmen deals with depression, anxiety
Researchers in Britain and Canada found about one-third of first-year students have or develop moderate to severe anxiety or depression, according to a new study.

Health News // 23 hours ago
High resting high heart rate may be linked to risk of dementia
Checking older adults' resting heart rate could help identify those who are more likely to experience a decline in mental function, a Swedish study suggests.