Jan. 10 (UPI) -- The "opioid epidemic" continues to plague the United States, claiming the lives of nearly 50,000 Americans annually, according to new research.

A study published Friday in JAMA Network Open suggests a way to reduce the number of deaths caused by both intentional and unintentional overdoses, as well as other drug-related causes, may be simply improving access to affordable healthcare services.

In an analysis of nearly 400,000 opioid-linked fatalities over a 17-year period, the authors found that states that expanded Medicaid coverage under the Affordable Care Act saw 6 percent fewer deaths since 2014 than those that didn't make the change.

"Opioid overdose affects people from every state and all walks of life, and is related to large economic costs and emotional suffering, in addition to substantial morbidity and mortality," study co-author Nicole Kravitz-Wirtz, assistant professor with the Violence Prevention Research Program at UC Davis and a Faculty Affiliate with NYU Langone's Center for Opioid Epidemiology and Policy, told UPI. "Many of these negative outcomes are preventable. Historically, access to these lifesaving interventions has not been ideal. ACA-related Medicaid expansion has considerably improved access to these and other behavioral health services."

Indeed, the ACA, also known as Obamacare, allows states to expand Medicaid coverage to include people under age 65 with annual household incomes at or below 138 percent of the federal poverty level. It also stipulates that expanded Medicaid services provide coverage for the treatment of mental health and substance use disorders.

The Medicaid expansion component of the legislation took effect in 2014 and, since that time, 36 states and the District of Columbia opted to enhance their programs.

In their assessment of opioid-related deaths in 3,109 counties within 49 states and the District of Columbia from 2001 to 2017, Kravitz-Wirtz and her colleagues used data on overdoses involving any opioid -- including methadone and heroin -- from the National Vital Statistics System.

They found that Medicaid expansion -- which was enacted by 32 states and the District of Columbia between 2014 and the end of the study period in 2017 -- was associated with a 6 percent lower rate of total opioid overdose deaths compared with non-expansion states.

Kravitz-Wirtz said her team didn't examine how Medicaid expansion affects access for opioid use treatment, or how it affects misuse of the drugs, but she noted that the study shows the expansion had an effect on overall overdose deaths.

"Findings from this study suggest, for the first time, that expanding Medicaid may play an important role in reducing opioid overdose deaths, likely by providing greater access to health care, and in particular, to treatment for opioid use disorder," she said. "Treatment with the medications methadone and buprenorphine has been shown to be highly effective in mitigating the negative effects of opioid use disorder, and the medication naloxone reverses opioid overdose if given in time."

Health News // 13 hours ago
Researchers spot weakness in coronavirus that could provide clues to cure
April 3 (UPI) -- Researchers may have found a weakness in SARS-CoV2, the virus that causes COVID-19, that provides clues as to how to treat the infection -- and possibly develop a vaccine to prevent its spread. 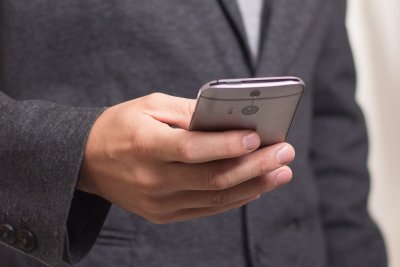