Researchers may have moved one step closer to vaccine against staph infections. Photo by Arek Socha/Pixabay

Dec. 24 (UPI) -- Staph infections pose a serious health threat -- particularly since they are often resistant to many currently available antibiotics.

Researchers at Washington University School of Medicine in St. Louis think they may be one step closer to developing a vaccine that can prevent the spread of these deadly bugs. Their findings were published Tuesday in the Journal of Clinical Investigation.

"Across the globe, staph infections have become a pervasive health threat because of increasing antibiotic resistance," senior investigator Juliane Bubeck Wardenburg, director of the Division of Pediatric Critical Care at Washington University, said in a press release. "Despite the medical community's best efforts, the superbug has shown a consistent ability to elude treatment"

Staph bacteria are the leading cause of potentially dangerous skin infections worldwide. Drug-resistant strains of the bug -- known as methicillin-resistant Staphylococcus aureus, or MRSA -- have become a serious threat to public health.

RELATED Superbugs may be breeding in makeup, accessories after use

Highly contagious, staph survives and thrives on human skin and is spread through skin-to-skin contact or exposure from contaminated surfaces. Staph strains enter the bloodstream, bones or organs and lead to pneumonia, severe organ damage and other serious complications in hundreds of thousands of people each year. More than 10,000 people die in the U.S. from drug-resistant staph infections annually.

To date, attempts to develop a vaccine against the superbug have failed to outsmart its ability to evolve and become resistance to antibiotics.

The approach used by Bubeck Wardenburg and colleagues focuses on activating an untapped set of immune cells, as well as immunizing against staph in utero or within the first few days after birth. Their new research, conducted in mice, found that T cells -- one of the body's major types of highly specific immune cells -- play a critical role in protecting against staph bacteria.

Much of Bubeck Wardenburg's research has focused on a single toxin -- called alpha-toxin -- made by staph. This toxin plays a role in tissue damage in multiple forms of infection. Blocking the toxin in skin infections may yield a healthy T cell response, she said.

"An important thing about the alpha-toxin is that it is found in all staph strains, meaning those that are and are not antibiotic-resistant," she said. "Understanding this allowed us to devise studies in mice that examined the effect of alpha-toxin on the immune response in minor skin infections as well as in more serious infections that spread in the bloodstream.

In addition, protecting the T cell response from the time of birth may reprogram the bacteria's overall effect on the immune system, she added.

"This bug is deliberate and acts in a sinister way early on," she explained. "The bug appears to be using the toxin to shape the T cell response in a way that's favorable for the bug but not for humans."

Bubeck Wardenburg and her colleagues believe any future vaccine against MRSA may be more likely to succeed if administered before infants first encounter staph bacteria. Therefore, immunization should happen before initial exposure to staph, to block the toxin and generate a vigorous T cell response. However, their most recent study is only an early step in the development of a shot.

"We envision two strategies," Bubeck Wardenburg said. "One is immunizing pregnant women so they can transfer antibodies that protect infants against the toxin at birth. The second involves immunizing infants within a day or two after birth. Neither of these strategies has been considered for staph vaccines to date."

Health News // 1 hour ago
Vaccination strengthens antibodies in people who have had COVID-19
Yet another study shows that a combination of vaccination and previous infection may provide better protection against new COVID-19 variants than either one alone.

Health News // 5 hours ago
Black, Hispanic people in U.S. less likely than White people to receive opioids
Dec. 7 (UPI) -- Black and Hispanic adults in the United States were less likely to be given opioids for pain management than White adults in 1990s, when they were new to market, but now are more likely to receive them, a new study says. 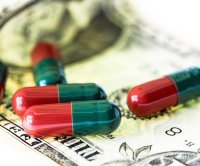 Health News // 14 hours ago
Study: COVID-19 pandemic sent blood pressure of people in U.S. skyward
Data covering almost half a million middle-aged Americans shows that about 27% saw their blood pressure go up significantly in 2020 after COVID-19 restrictions unfolded compared to the previous year.

Health News // 15 hours ago
Survey: 1 in 3 college freshmen deals with depression, anxiety
Researchers in Britain and Canada found about one-third of first-year students have or develop moderate to severe anxiety or depression, according to a new study.

Health News // 1 day ago
High resting high heart rate may be linked to risk of dementia
Checking older adults' resting heart rate could help identify those who are more likely to experience a decline in mental function, a Swedish study suggests.