Test of father's sperm might reveal autism risk in children

A new test may reveal a child's risk for autism. File photo by nito/Shutterstock

Dec. 23 (UPI) -- A child's risk for developing autism spectrum disorder may be linked to genetic mutations found only in the father's sperm, a new study has indicated.

In an article published Monday in the journal Nature Medicine, researchers noted they have developed a method for measuring the presence of these disease-causing mutations in male sperm.

They believe their approach could provide expectant parents and their physicians with a more accurate assessment of autism risk.

"With our new study, we can trace some of these mutations back to the father, and we can directly assess the risk of these same mutations occurring again in future children," co-author Jonathan Sebat, chief of the Beyster Center for Molecular Genomics of Neuropsychiatric Diseases at the University of California-San Diego School of Medicine, said in a press release.

RELATED Kids with autism are twice as likely to experience pain

Autism spectrum disorder affects nearly 2 percent of all children in the United States. Its causes are not fully understood, although researchers believe both genetics and environment play a role.

Previous studies have suggested that, in as many as 30 percent of cases, the disorder is linked to genetic mutations that appear only in the child and are not inherited from either parent's DNA.

It is believed that the number of gene-damaging mutations -- which occur spontaneously in parents' sperm or eggs or during fertilization and are present in each cell as the fertilized egg divides -- rise with the father's age at time of conception, and the chance of the mutation recurring within the same family is estimated at 1 to 3 percent.

"However, such estimates are not based on actual knowledge of the risk in an individual family, but instead are based on frequencies in the general population," said co-author Dr. Joseph Gleeson, Rady director of neuroscience research at the Rady Children's Institute for Genomic Medicine.

"When a disease-causing mutation occurs for the first time in a family, the probability that it could happen again in future offspring is not known. Thus families must make a decision with a great deal of uncertainty."

To find a way to mitigate some of that uncertainty, Gleeson, Sebat and their colleagues decided to analyze the sperm of eight fathers who were parents of children with autism spectrum disorder.

Using deep whole genome sequencing, they looked for the presence of multiple, genetically different material in cells in the same person -- a phenomenon called mosaicism -- found variants in offspring that were matched only in the fathers' sperm.

They also noted that disease-causing mutations were present in up to 15 percent of the fathers' sperm cells -- information that could not be determined through other means, such as blood tests. The researchers said fathers could have their sperm studied to determine the risk of recurrence of these mutations in their children.

The test also could be used in men who haven't had children, but who want to know the risk of having a child with autism, the researchers said.

"My laboratory ... previously showed that mosaicism in a child can lead to diseases like epilepsy," Glesson said. "Here, we show that mosaicism in one of parents is at least as important when thinking about genetic counseling."

Health News // 4 hours ago
Face masks intended to prevent COVID-19 spread, experts say
April 9 (UPI) -- Since COVID-19 started spreading in the United States, a debate has raged on whether the general public should wear masks -- and until recently, the answer was no. 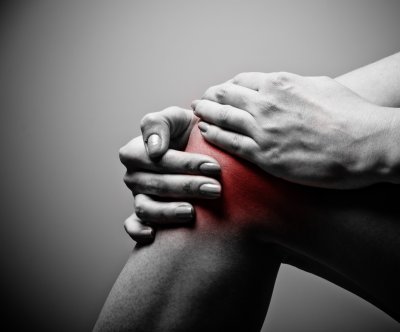 Health News // 5 hours ago
Physical therapy more effective than steroids for arthritic knee
Folks with knee arthritis will get more out of physical therapy than a cortisone shot, a new clinical trial argues.

Health News // 7 hours ago
FDA approves generic asthma inhaler due to coronavirus-related shortage
The first generic albuterol inhaler in the United States was approved by the U.S. Food and Drug Administration in response to inhaler shortages caused by the coronavirus pandemic.

Health News // 13 hours ago
Lockdown measures in China controlled first wave of COVID-19, study finds
April 8 (UPI) -- China's aggressive -- some would call them "Draconian" -- control measures appear to have stopped the first wave of the COVID-19 outbreak in areas outside Hubei province, the epicenter of the global pandemic.

Health News // 15 hours ago
School closures could increase childhood obesity
One side effect of the coronavirus pandemic could be long-lasting: U.S. school closures may worsen the child obesity crisis, experts warn.

Health News // 15 hours ago
Black patients' cancer 14% more likely to be metastatic at diagnosis, study says
April 8 (UPI) -- Black people with cancer are more likely to have metastatic disease when they are diagnosed, a new analysis published Wednesday by JAMA Network Open has suggested.

Health News // 17 hours ago
Children at low risk for COVID-19, but can get seriously ill, new data show
April 8 (UPI) -- Children seem to be at lower risk for catching COVID-19, but they still can become seriously ill, a study from Spain published Wednesday has found. The findings mirror data on American children released by the CDC.

Health News // 18 hours ago
'Media overload' can raise anxiety during coronavirus crisis
If you feel like the news about coronavirus is growing worse by the hour, then it might be time to take stock: How much do you really need to know? 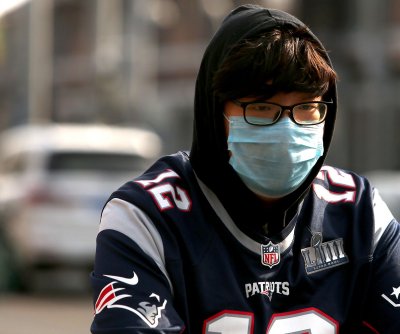