Researchers used ultrasound to examine the carotid artery in the neck, brachial artery in the upper arm, and abdominal aorta right above the belly button in 298 kids aged 8 to 18 who were not smokers.

Some had been exposed to secondhand smoke and others had not, the study authors said.

The investigators found that participants' carotid and brachial arteries were unaffected by smoke exposure. But there was increased stiffness in the abdominal aortas of kids exposed to secondhand smoke.

The University of Minnesota study was recently published in the journal Pediatric Research.

The findings suggest that the harmful effects of secondhand smoke can be seen in early damage to arteries, but avoiding further exposure can prevent more harm, the researchers said.

"Our study also suggests children are -- at least early in life -- protected from smoke exposure because we know, from previous research, that secondhand smoke exposure in young adulthood is a significant cardiovascular risk factor," study senior author Justin Ryder said in a university news release. He's an assistant professor of pediatrics at the University of Minnesota Medical Center in Minneapolis.

RELATED Too much smoking in movies aimed at children, CDC data suggests

Michelle Harbin is a doctoral student in exercise physiology and the study's first author.

"This paper provides insight that secondhand smoking may predispose young children and adolescents to increased abdominal aorta stiffness," she said in the news release. "Stiffness in this particular artery has been previously reported to exhibit increased susceptibility to atherosclerosis, which is a buildup of plaques that can restrict blood flow."

More research is needed to determine how vaping and e-cigarettes affect heart disease risks in children and teens, the study authors said.

One in 10 middle school students and one in four high school students reported using e-cigarettes in the past 30 days, according to the U.S. Centers for Disease Control and Prevention.

The CDC has more on secondhand smoke and children.

Health News // 15 minutes ago
Common diuretic drug may ease autism symptoms
A prescription drug that's long been used to treat the buildup of fluid in the body might do double duty as a means of easing autism symptoms in young children, new research shows.

Health News // 2 hours ago
'Redlined' neighborhoods have higher rates of asthma than others
Jan. 27 (UPI) -- Researchers note in a new study that current rates of asthma-related ER visits are more than twice as high in areas that were once redlined in eight California cities, despite the practice being relegated to history.

Health News // 8 hours ago
CDC considers expanded screening for coronavirus, spread risk still low
Jan. 27 (UPI) -- CDC officials said Monday they are considering increased screenings for travelers from China as cases of coronavirus increase in the Asian nation, and the world -- though they caution that the risk of spread remains low.

Health News // 4 hours ago
Colon cancer hits poor, city dwellers the hardest
Young Americans who live in urban areas or live with low income or low education levels are more likely to die if they get colon cancer, a new study finds.

Health News // 10 hours ago
Diabetes testing at barbershops effective for screening black men
Jan. 27 (UPI) -- A new study in JAMA Internal Medicine suggests barbershops may be a good place to test black men for type 2 diabetes and educate those with prediabetes because of their stature as community meeting places.

Health News // 11 hours ago
Many in U.S. lack critical knowledge of eye diseases, survey says
Though good vision is critical, a new survey finds that most folks fall short when it comes to knowledge about eye diseases, with most unsure of the main causes of blindness. 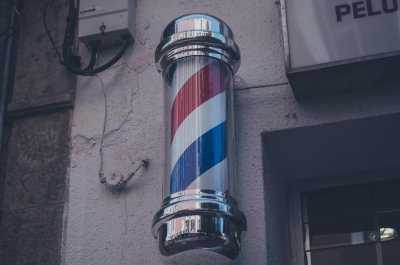