An analysis suggests a Florida opioid prescribing law may be working to reduce use of the addictive painkillers. Photo by Cindy Shebley/Flickr

Dec. 11 (UPI) -- In the face of an epidemic of addiction and overdose-related deaths, several states across the country have taken steps to reduce the flow of prescription opioids into local communities.

Based on a study published Wednesday in JAMA Surgery, these efforts appear to be working -- at least in Florida.

The analysis, performed by researchers at the Mayo Clinic in Jacksonville, documented a nearly 6 percent decrease in opioid prescriptions written for patients discharged from the hospital following surgery.

The authors noted that the decline coincided with a state law, which went into effect in July 2018, that placed limits on opioid prescribing.

RELATED 1 in 10 seniors, 6 percent of adults use opioid painkillers in U.S.

According to Porter, Florida, like many states, was "forced to act" on prescription painkillers, in light of the fact that an estimated 47,000 Americans die each year as a result of opioid misuse and overdose, based on the most recent figures from the U.S. Centers for Disease Control and Prevention.

Florida House Bill 21 limits opioid prescriptions for acute pain to a three- to seven-day supply and prohibits refills. It also requires physicians to communicate with the state's prescription drug-monitoring program prior to prescribing opioids.

The program was put into place in 2017 to address Florida's "pill mill" problem -- a proliferation of clinics with on-site pharmacies that offered cheap and easy-to-obtain prescription painkillers that generated national headlines.

In all, 1,343 patients received an opioid prescription during the study period -- 649 before the law took effect and 694 after. These patients underwent a variety of procedures, including shoulder or hip replacement, prostatectomy, hysterectomy, breast lumpectomy, and hernia repair, among others.

The authors found that there was a notable decline in the number of opioid painkillers these patients were prescribed at discharge, however. Prior to House Bill 21 taking effect, 609 of the 649 patients, or nearly 94 percent, were prescribed opioids at discharge, compared with 613, or approximately 88 percent, afterward.

Mean dosages of opioids prescribed at discharge also dropped by more than 50 percent.

Despite the apparent effectiveness of the legislation, laws like Florida House Bill 21 are a "response to a crisis that is affecting many aspects of patient care," Porter said, and are "reactive." Both clinicians and their patients still need to be educated on the risks associated with opioid painkillers and the viable alternatives to their use, he noted.

"The medical community was taught for many years that opioids are not addictive when used therapeutically," Porter added. "This has been thoroughly disproved. All patients, as their own best advocates, should ask their doctors about all pain therapies available to them, which may or may not include opioids." 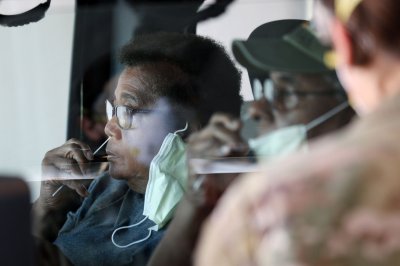