Far fewer people are allergic to penicillin than think they are, according to new research. File Photo by ragonmages/Shutterstock

Nov. 25 -- Millions of Americans think they're allergic to penicillin, but they're not, a new study reveals.

This erroneous belief adds millions of dollars to health care costs and results in unnecessary side effects from more powerful antibiotics, researchers say. It also adds to the danger of creating antibiotic-resistant bacteria, they warn.

Christopher Bland, a clinical associate professor at the University of Georgia College of Pharmacy in Atlanta, said an estimated 30 million Americans think they're allergic to this lifesaving drug when they are not.

A simple questionnaire or a pencillin skin test could help determine whether a person is allergic or not, he said. "In many instances we don't have to go past the questionnaire," Bland said in a news release.

"We're finding out that what most of these patients think is an allergic reaction is really only a side effect that may have happened once and might never happen again," he added. "Patients tell us that they became dizzy or nauseated after taking penicillin years ago or that their father was allergic to penicillin, so they thought they were allergic as well."

And even those who once had an allergic reaction to the drug may be safe, Bland added.

After five years, 50 percent of those who were allergic to penicillin aren't anymore and that jumps to 80 percent after 10 years.

"We are able to reduce the number of those who think they have penicillin allergy by 20 percent right away, just by talking to them through our questionnaire," Bland said.

For other patients, a penicillin allergy test can be given and medical records updated if necessary, he said.

In a recent issue of the Open Forum Infectious Diseases journal, Bland's team recently reported that when the test was done by trained nurses, 98 out of 100 patients whose medical record listed penicillin allergy discovered they were not allergic to the antibiotic.

RELATED Most antibiotics prescribed by dentists are unnecessary, study says

Penicillin is often as effective than more potent drugs, and it's much less expensive. According to the study, the average savings were $350 a patient, including cost of the skin test.

"Our team is on a mission right now," Bland said. "Our goal is that every penicillin allergy is questioned and reconciled, with most coming off medical records and allowing patients to get the best antibiotic for their particular infection, which is often a penicillin."

For more on penicillin allergy, visit the American Academy of Allergy, Asthma and Immunology. 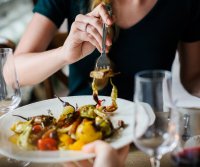 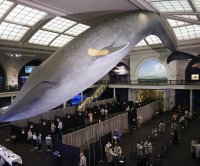 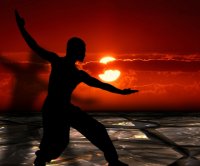 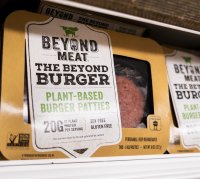