An analysis suggests that one in 10 parents use pot, increasing their kids' risk for alcohol, tobacco and heroin use. 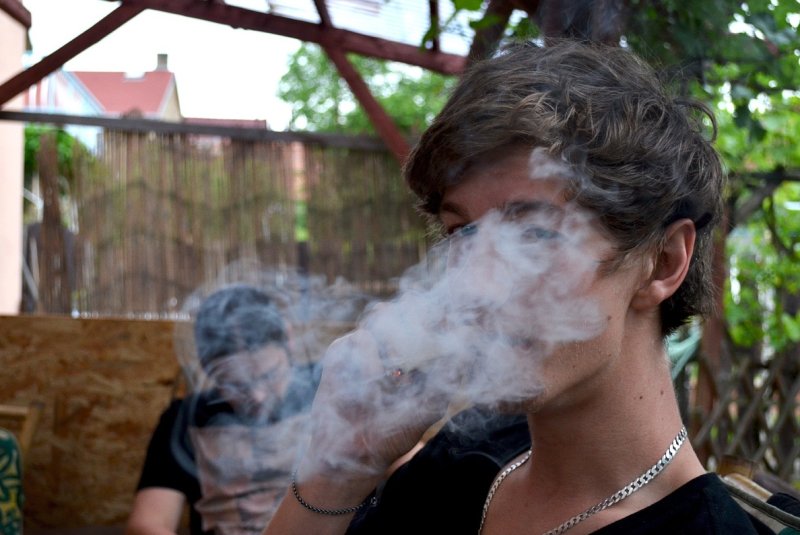 Parents who use marijuana may increase the likelihood that their kids will partake in it as well as other drugs,  a new study suggests. File Photo Jantaaa/Pixabay

Nov. 22 (UPI) -- Roughly one in 10 parents in the United States uses marijuana -- and partaking in the drug increases the risk that their kids may later abuse substances, a new study suggests.

In results published Friday in the Journal of the American Medical Association, researchers from Harvard Medical School, the U.S. Centers for Disease Control and Prevention and the National Institute on Drug Abuse noted that approximately 8 percent of mothers with adolescent or young adult children living at home have used marijuana within the past year, while more than 9 percent of fathers had done so.

Their children were nearly 50 percent more likely to use the drug themselves compared to those living in marijuana-free homes.

"Parent use of marijuana is rising, and several fathers have confided in me that they used marijuana to bond with their sons," study co-author Bertha K. Madras, director of the Addiction Neurobiology lab at McLean Hospital in Belmont, Mass. and a professor of psychobiology at Harvard Medical School, told UPI. "In general, living with a parent using substances or having substance use disorders is an explicit risk for use of substances among young offspring."

Madras and her colleagues analyzed data from the National Surveys on Drug Use and Health, focusing on responses collected between 2015 and 2018. Specifically, they looked at nearly 25,000 mother-child and father-child dyads, and tracked the use of marijuana and other substances and/or drugs in these households. They included parents with adolescents -- between 12 and 17 years of age -- and young adult children -- between 18 and 30 years of age -- living at home.

In addition to increased risk for future marijuana use, the authors found that children of parents who used marijuana, either regularly as adults or in their lifetimes, were also twice as likely to smoke tobacco products than their peers in drug-free homes -- and more than 1.5 times more likely to use alcohol.

Generally, risk for future marijuana, tobacco and alcohol use among adolescents and young adults increased as their parents' own drug use increased.

RELATED Air Force warns members not to use CBD products

For example, children of parents who reported using marijuana at least once a week, on average, over the past year were more than twice as likely to use the drug than their peers from marijuana-free homes.

Perhaps most troubling -- given the ongoing opioid crisis in the United States -- was the finding that children of parents who use marijuana were two to three times more likely than others to experiment with heroin or other opioids.

"As marijuana use among youth confers a high risk of other substance use, including opioids, it is important for parents to become aware that use of any one substance by offspring can be associated with use of other substances," Madras explained.