AMA calls for ban on all e-cigarette, vaping products

Nov. 20 (UPI) -- The American Medical Association has called for a total ban on all e-cigarette and vaping products that have not been approved as cessation tools by the Food and Drug Administration.

In a statement Tuesday, the AMA said it is urging all levels of government to ban the sale and distribution of all e-cigarette and vaping products unless sold by prescription to aid in the quitting of smoking tobacco.

The influential doctors group also called for studies into the effectiveness of these products on tobacco cessation and other potential drug and non-drug treatment strategies for minors addicted to nicotine. It also urged for policies to persuade retail pharmacies to immediately end the sale of tobacco products and for the adoption of diagnostic codes for e-cigarette and vaping associated illnesses.

"The recent lung illness outbreak has alarmed physicians and the broader public health community and shined a light on the fact that we have very little evidence about the short- and long-term consequences of e-cigarettes and vaping products," AMA President Patrice A. Harris said. "It's simple -- we must keep nicotine products out of the hands of young people and that's why we are calling for an immediate ban on all e-cigarette and vaping products from the market."

According to a recent report by the Centers for Disease Control and Prevention, there have been 42 deaths and over 2,170 cases of lung injury associated with the use of e-cigarette or vaping products in the United States.

"With the number of young people using e-cigarettes spiking, it is not only critical that there is research into nicotine addiction treatments for this population, but it is imperative that we continue efforts to prevent youth from ever using nicotine," Harris said.

The call for action comes amid a renewed push for President Donald Trump to follow through on a statement he made in September to ban the sale of all non-tobacco-flavored e-cigarettes that he has recently walked back.

On Tuesday, Eagle Forum, Concerned Women for America and others, sent a letter to Trump urging him to make the ban "without delay."

That letter followed one sent by more than 60 health organizations on Monday to the president, urging for the ban as it will play "a critical role in reversing the youth e-cigarette epidemic and preserve the health and well-being of our nation's children." 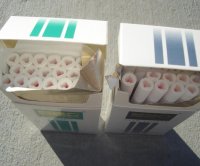 Health News // 1 hour ago
Menthol cigarette use highest among marginalized groups, report finds
WASHINGTON, Jan. 26 (UPI) -- LGB Americans among the top 10 populations disproportionately affected by tobacco use, according to a new report by the American Lung Association.

Health News // 3 hours ago
Robot performs laparoscopic surgery on pig tissue without human help
Jan. 26 (UPI) -- A robot has performed a small-incision, camera-guided surgical procedure on the soft tissue of a pig -- a milestone researchers involved in the trial described as a step closer to fully automated operations on humans.

Health News // 5 hours ago
Survey: Most adults with asthma wear masks despite discomfort
Although they report difficulty breathing and discomfort while wearing a face mask, most people with asthma still use them in public places during the COVID-19 pandemic, a new study finds. 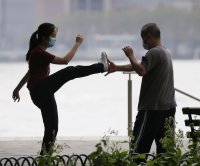 Health News // 6 hours ago
Asian Americans approach sun protection differently from other groups, study finds
Jan. 26 (UPI) -- Asian Americans protect themselves from the sun's potentially harmful rays differently from those in other racial and ethnic groups, and research into skin cancer risk needs to take these distinctions into account.

Health News // 16 hours ago
Keeping weight stable may ward off cognitive decline
Older adults who maintain a steady weight as they age are less likely to experience rapid cognitive decline, regardless of how much they weigh to start, new research suggests. 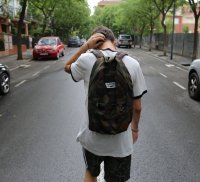 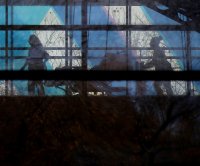