Cheap, older gout drug could be lifesaver after heart attack

New trial results show a cheap drug that's been around for centuries as a gout treatment -- colchicine -- might also shield heart attack survivors from future heart crises. Photo by Kzenon/Shutterstock

A cheap drug that's been around for centuries as a gout treatment might also shield heart attack survivors from future heart crises, new trial results show.

The drug, colchicine, is derived from a plant called the autumn crocus, researchers explained Saturday at the annual meeting of the American Heart Association, in Philadelphia.

In the new trial, colchicine reduced by as much as 34 percent a heart attack survivor's combined risk of dying from heart disease or having cardiac arrest, a heart attack, a stroke or angioplasty.

Experts described the study as a "landmark" effort.

"These results provide confirmation that inflammation management reduces cardiovascular risk, and it was an example of a successful repurposing of a broadly available and relatively safe generic drug for a new application," said Dr. Aruna Pradhan, a preventive medicine doctor at Brigham and Women's Hospital in Boston.

"You just give a few tablets of colchicine and the pain, the warmth, the redness, all the inflammatory signs go away," Tardif said.

RELATED Gout drug may cause skin reactions for people with heart, kidney disease

Tardif and his colleagues reasoned that colchicine might be able to reduce the risk of future heart problems by lowering inflammation in heart attack patients.

The trial involved more than 4,700 heart patients, with about half given daily low-dose colchicine taken by mouth and the rest provided a placebo. Nearly all patients also received the drug regimen normally prescribed to heart attack survivors -- aspirin, blood thinners, statins and/or beta blockers.

Tardif said his research team is proceeding with a second trial focusing on heart risk among patients with type 2 diabetes.

Based on these findings, heart doctors will be thinking long and hard about adding colchicine to the drug cocktail prescribed to heart attack patients, said Dr. Donald Lloyd-Jones, chair of preventive medicine at Northwestern University Feinberg School of Medicine.

"When you have a safe drug that is easily available, it's going to be hard to hold this back," Lloyd-Jones said.

The trial was funded by the provincial government of Quebec and received no drug company funding. However, colchicine's new promise already appears to be affecting its sticker price, even though it's a generic drug, Lloyd-Jones added.

He said that he recently saw a patient with gout on Thursday who complained that his colchicine prescription costs had unexpectedly skyrocketed.

"He told me that just in the last month, his colchicine out-of-pocket costs went from $50 to $270 a month in Chicago," Lloyd-Jones said. "I really wonder whether there's some gaming going on here, and I do not want to see that."

"There's something wrong with a system where 90 minutes away you get a drug for 50 times less what others are paying," Tardif said, referring to what his patients pay in Montreal, an hour-and-a-half flight away.

The results were also published Saturday in the New England Journal of Medicine.

The Mayo Clinic has more about colchicine. 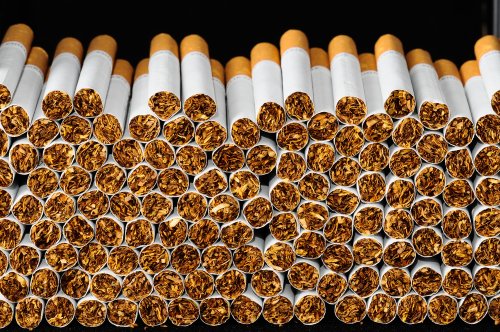