New research in Ohio links increasing presence of prescription painkillers in drug seizures by law enforcement with a rise in overdoses.

Nov. 8 (UPI) -- The ongoing opioid abuse crisis in the U.S. has been fueled by a combination of prescription drugs like fentanyl and "street" drugs like heroin. A new analysis of law enforcement drug seizures and overdose deaths in Ohio highlights just how dangerous these cocktails can be.

In findings published Friday by the Journal of the American Medical Association, the team from Harm Reduction Ohio, a non-profit drug policy advocacy group, and Ohio Department of Health identified increasing levels of prescription opioid painkillers fentanyl and carfentanil in drug seizures conducted by law enforcement in the state between 2014 and 2017.

The trend corresponded with an increase in the number of overdose deaths in the state during the same period, researchers said.

Supplies of the prescription drugs are often stolen or obtained from illegal manufacturers.

"To our knowledge, this is the first study to offer an empirical basis for using crime laboratory data as a viable indicator of opioid overdose deaths," researchers wrote in the study.

In addition, among 18,276 seizures of cocaine by law enforcement in 2017, 7.1 percent contained fentanyl or carfentanil, all of which were less than 1 gram.

The authors' analysis also confirmed that drug seizures by law enforcement that contained fentanyl were associated with overdose deaths in Ohio, with every additional fentanyl seizure associated with an increase in deaths in the state."These findings underscore the importance of partnerships between public health and public safety to address the opioid overdose epidemic," researchers wrote in the study conclusion. "Active data sharing between law enforcement and public health agencies can facilitate timely, actionable data to identify fentanyl hot spots and coordinate rapid responses that could limit overdose mortality."

Health News // 1 hour ago
Flame retardants, pesticides threat to U.S. health, study says
While health problems from childhood exposure to lead and mercury are on the decline, these and other toxic chemicals continue to take a toll, especially flame retardants and pesticides, a new study says. 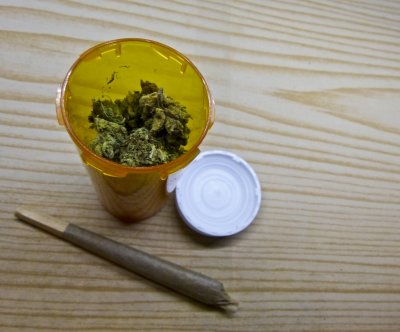 Health News // 17 hours ago
Risk of kidney injury in contrast CT imaging overstated, experts say
Jan. 21 (UPI) -- The American College of Radiology and the National Kidney Foundation in new statements highlight the enhanced diagnostic accuracy afforded by the use of contrast in CT, an imaging tool that can spot various cancers.