Nov. 4 -- There's early promise in the quest for a blood test that might spot breast cancer up to five years before clinical signs of the disease appear, researchers say.

The test identifies specific immune system "autoantibodies," British researchers explained. The immune system produces the antibodies when it comes into contact with tumor-associated antigens, or TAAs, which are produced by breast tumor cells.

Still, the test is so far only partially effective, so much more research is needed, the investigators said.

The findings were presented Sunday at the U.K. National Cancer Research Institute conference in Glasgow, Scotland.

"The results of our study showed that breast cancer does induce autoantibodies against panels of specific tumor-associated antigens. We were able to detect cancer with reasonable accuracy by identifying these autoantibodies in the blood," said researcher Daniyah Alfattani, a Ph.D. student at the University of Nottingham's Centre of Excellence for Autoimmunity in Cancer.

"We need to develop and further validate this test," she added in a conference news release. "However, these results are encouraging and indicate that it's possible to detect a signal for early breast cancer. Once we have improved the accuracy of the test, then it opens the possibility of using a simple blood test to improve early detection of the disease."

The researchers used a technology called protein microarray to rapidly test the blood samples for autoantibodies against 40 TAAs associated with breast cancer, plus another 27 TAAs that were not known to be linked with the disease.

The accuracy of the blood test was higher with panels that contained more TAAs, the team noted.

One U.S. breast cancer expert was encouraged by the findings, but agreed there's still a long way to go before blood tests replace mammograms in breast cancer detection.

"It will be great if someday we are able to diagnose breast cancer by a simple test," said Dr. Lauren Cassell, chief of breast surgery at Lenox Hill Hospital in New York City. "However, the current test, which utilizes nine TAAs, only identified cancer in 37 percent of known cancer samples. What about the other 63 percent where it didn't identify the cancer?" she said.

"This does not appear to achieve the level of accuracy we would like to achieve or which we do reach with our current mammogram and sonogram in terms of detection," Cassell said.

In the meantime, the British team said they are now testing blood samples from 800 patients against a panel of nine TAAs, and expect the accuracy of the test to improve with these larger numbers.

Alfattani said that "a blood test for early breast cancer detection would be cost-effective, which would be of particular value in low- and middle-income countries. It would also be an easier screening method to implement compared to current methods, such as mammography."

A similar blood test for lung cancer is currently being tested in a clinical trial in Scotland, and the CEAC group is also working on tests for pancreatic, colorectal and liver cancers.

Dr. Alice Police is regional director of breast cancer surgery at the Northwell Health Cancer Institute in Sleepy Hollow, N.Y. Reading over the new findings, she agreed that "the holy grail of breast cancer detection would be a simple blood test that would tell a patient that they have breast cancer."

Police said, "We all want an alternative to the mammogram, the ultrasound and the MRI. The problem is that these blood tests don't tell a patient where the cancer is or what kind or what treatment that they need."

Because these findings were presented at a medical meeting, they should be considered preliminary until published in a peer-reviewed journal.

Health News // 2 hours ago
Researchers spot weakness in coronavirus that could provide clues to cure
April 3 (UPI) -- Researchers may have found a weakness in SARS-CoV2, the virus that causes COVID-19, that provides clues as to how to treat the infection -- and possibly develop a vaccine to prevent its spread.

Health News // 3 hours ago
Pets can be true lifesavers for seniors
Having a furry, fluffy or feathered friend can have a profound effect on seniors' mental health, possibly even helping prevent some suicides, new research suggests.

Health News // 7 hours ago
Pneumonia, flu linked to more than 8% of U.S. deaths in last week
April 3 (UPI) -- More than 8 percent of all deaths across the United States in the last week have been linked with pneumonia and influenza, a number on the rise likely because of the COVID-19 pandemic, the CDC reported on Friday. 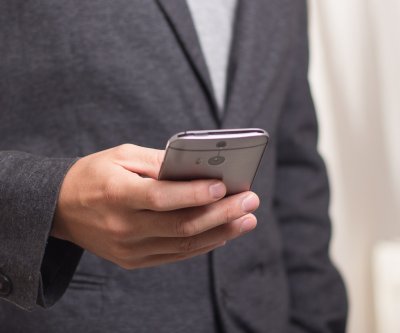 Health News // 19 hours ago
Polio immunization drives suspended due to COVID-19
April 2 (UPI) -- The Global Polio Eradication Initiative has said it is pausing all immunization campaigns for the next six months to prevent further spread of COVID-19 and make available resources to fight the pandemic. 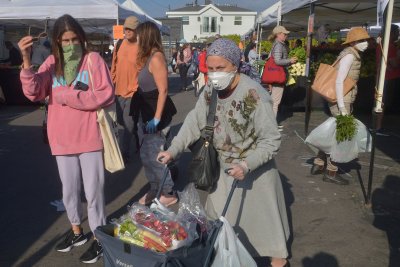