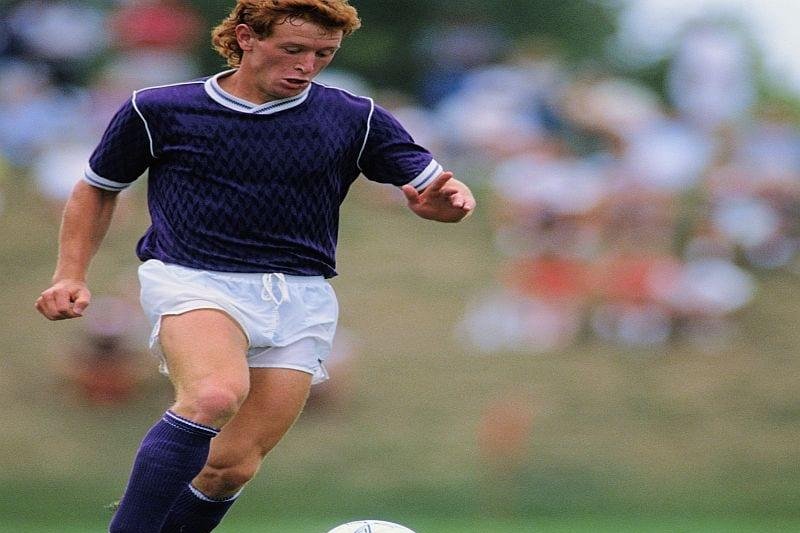 Deaths among former soccer players were lower than expected up to age 70, and higher than expected over that age, according to the study. Photo courtesy of HealthDay News

Former professional soccer players have a significantly increased risk of death from brain diseases such as Alzheimer's and Parkinson's, a new study finds.

Former soccer players were about 3.5 times more likely to die of neurodegenerative diseases than people in the general population, according to a study in Scotland.

"This analysis revealed that risk ranged from a fivefold increase in Alzheimer's disease, through an approximately fourfold increase in motor neuron disease, to a twofold in Parkinson's disease in former professional [soccer players] compared to population controls," said study leader Dr. Willie Stewart.

Stewart is a consultant neuropathologist and honorary clinical associate professor at the University of Glasgow.

RELATED Falls at home, football cause most children's head injuries

Deceased Hall of Famers Frank Gifford and Junior Seau were among the NFL players who developed CTE.

In one study at Boston University, risk of CTE was linked to length of time playing tackle football.

According to the center, CTE symptoms -- including mood and memory problems -- generally begin appearing years after the onset of head impacts.

In the current study, Stewart's team analyzed the causes of death among nearly 7,700 former Scottish male professional soccer players and more than 23,000 people in the general population born between 1900 and 1976.

While former soccer players were more likely to die from neurodegenerative disease, they were less likely to die of other common diseases, such as heart disease and some cancers, including lung cancer.

Deaths among former soccer players were lower than expected up to age 70, and higher than expected over that age, according to the study. The results were published Oct. 21 in the New England Journal of Medicine.

"Our data show that while former [soccer players] had higher dementia rates, they had lower rates of death due to other major diseases. As such, whilst every effort must be made to identify the factors contributing to the increased risk of neurodegenerative disease to allow this risk to be reduced, there are also wider potential health benefits of playing [soccer] to be considered," Stewart said in a university news release.

The study was funded by the Football Association and the Professional Footballers' Association. (In Europe, soccer is called football.)

"The whole game must recognize that this is only the start of our understanding and there are many questions that still need to be answered," said Greg Clarke, Football Association chairman. "It is important that the global [soccer] family now unites to find the answers."

The U.S. National Library of Medicine has more on neurodegenerative diseases.

Health News // 11 hours ago
Gene tied to balding may also raise COVID-19 risks for men
It's long been known that COVID-19 is more fatal for men than women, and new research links some of that excess risk to a gene known to cause a form of hair loss in males.

Health News // 14 hours ago
Risk of COVID-19 reinfection less than 1%, study finds
May 7 (UPI) -- Less than 1% of people with COVID-19 will become reinfected with the virus within three months of recovery, according to an analysis published Friday by PLOS ONE.

Health News // 16 hours ago
Poll: Fear of losing insurance keeps 1 in 6 U.S. workers in their jobs
Many American workers remain in jobs they'd rather leave -- simply because they don't want to lose their health insurance, a new Gallup poll reveals.

Health News // 22 hours ago
Study: Mediterranean diet may help ward off dementia
A diet rich in vegetables, fruits, olive oil and fish -- the so-called Mediterranean diet -- may protect the brain from plaque buildup and shrinkage, a new study suggests.