British researchers have good news for people with Type 2 diabetes -- you don't need to lose a ton of weight to make a difference in your health.

In fact, they found that losing just 10 percent of your body weight during the first five years you have the disease can lead to remission of Type 2 diabetes. That weight loss would be 18 pounds for someone who weighs 180 pounds.

"Even small amounts of weight loss can help you achieve remission. Extreme dieting and exercising are not necessary," said study author Dr. Hajira Dambha-Miller, a general practice physician and clinical lecturer at the University of Cambridge School of Clinical Medicine, in the United Kingdom.

RELATED Elderly people with diabetes may be getting too much insulin, study suggests

"Type 2 diabetes should no longer be seen as a lifelong disease," she added. The disease can essentially be cured if you lose weight and keep it off, according to Dambha-Miller.

The researchers said that Type 2 diabetes affects 400 million people around the world. It's typically considered a chronic, progressive disease. But significant weight loss through extreme dieting (less than 700 calories a day) can bring about remission in almost 90 percent of people with Type 2 diabetes, the study authors noted. Weight-loss surgery also tends to bring on remission.

Intensive exercise coupled with a modest weight loss of 7 percent or less of body weight brought on remission in almost 12 percent of people in one study, according to the new report.

But maybe bringing on remission didn't need to be so hard, the researchers surmised.

"The existing evidence for achieving remission suggests extreme levels of exercise and rather restrictive diets. This is simply not realistic or achievable for my patients, especially in the longer term," Dambha-Miller said.

"It is also demotivating for my patients when they are unable to achieve large amounts of weight loss. Accordingly, we decided to look at modest weight loss over a longer period in a real-world population without any crazy diet or exercise requirements," she explained.

For the new study, the researchers followed the health of almost 900 people newly diagnosed with Type 2 diabetes for five years. The study participants, aged 40 to 69, provided information on weight, activity levels, diet and alcohol consumption.

Thirty percent of the group had achieved Type 2 diabetes remission at the five-year follow-up. Those who had achieved a 10 percent weight loss were 77 percent more likely to be in remission after five years, the findings showed.

There was no specific intervention in the study. "This means there were no mandatory exercise or dietary requirements. All our participants did different things and still managed to lose weight and beat diabetes into remission," Dambha-Miller said.

She said that experts don't know exactly how losing weight helps, but they hypothesize that as people lose weight, the beta cells in the pancreas that produce insulin start to work again. That means the body can properly use sugar from foods instead of letting it build up in the blood.

Dr. Berhane Seyoum, chief of endocrinology at Detroit Medical Center and Wayne State University in Michigan, wasn't involved in the current research, but said the findings are encouraging.

"People with Type 2 diabetes can be encouraged to lose weight, and it doesn't matter how. They can do whatever is convenient for them. Controlling diabetes keeps you healthy, gives you more energy and makes you feel better," he said.

Seyoum also noted that any amount of weight loss can help the body use insulin better and will help with diabetes management.

The study was published online recently in the journal Diabetic Medicine.

Read more about weight loss and diabetes from the American Diabetes Association.

Health News // 53 minutes ago
Too much early childhood screen time may set kids up for less physical activity
Jan. 28 (UPI) -- Children who spend more time looking at tablets or television screens as infants are likely to be less physically active as they enter school age, a new study has found.

Health News // 3 hours ago
Too few patients enrolling in cancer clinical trials, experts say
One-tenth of 1 percent of cancer patients from 2004 to 2015 enrolled in clinical trials, according to Penn State researchers who analyzed data on more than 12 million patients who had 46 types of cancer. 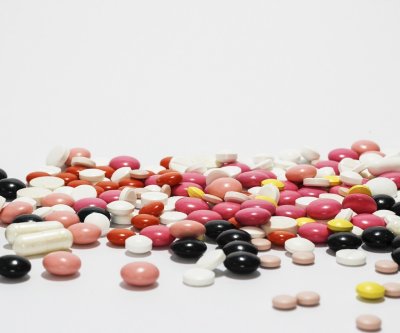 Health News // 3 hours ago
Long-term use of schizophrenia meds not a threat to health
Good news for people with schizophrenia: Long-term antipsychotic-drug treatment does not increase the risk of heart disease. And taking the drugs is associated with a lower risk of death, according to a new study.

Health News // 6 hours ago
U.S. expands coronavirus screenings, United suspends some flights to China
Jan. 28 (UPI) -- The U.S. is ramping up its response to the coronavirus as it spreads, officials said Tuesday, as they expand airport screenings to 20 cities and develop potential vaccines and drug treatments for the disease.

Health News // 17 hours ago
Gene test could spot soccer players at risk for brain issues
A gene mutation implicated in the risk for Alzheimer's disease might also impair memory in soccer players who head the ball a lot, a new study suggests.