Naltrexone, buprenorphine and methadone all have risks and benefits, but researchers say they can help patients as part of addiction treatment if used carefully.

Naltrexone, buprenorphine and methadone are all approved by the Food and Drug Administration and have varying degrees of success at stopping narcotic cravings, yet they often are not included as part of treatment plans, according to research published Thursday in the Mayo Clinic Proceedings.

"We have an opioid epidemic in this country that has been caused by many factors, including overzealous use of medication, the widespread availability of legal and illegal opioids, and societal expectations that all pain can be eliminated," Tyler Oesterle, a researcher at Mayo Clinic and study author, said in a news release. "We clearly cannot medicate our way out of the problem, but we have the opportunity to mediate the problem through more judicious use of prescription opioids."

These drugs provide great benefits that doctors should discuss with patients who use opioids, researchers say.

For example, one 50-milligram dose of Naltrexone can block the effects of a 25-milligram intravenous dose of heroin for as long as 24 hours. And the drug has high rates of overdose reduction and sobriety among users.

Buprenorphine, a widely used drug to stop opioid use, has been shown to reduce suicidal behavior, crime and accidental overdoses among addicts.

And methadone has been known to block the euphoric effects of heroin and tamp down withdrawal symptoms from use. These benefits can help to slow the spread of infectious disease among intravenous drug users, in addition to helping addicted patients break their habit.

The Mayo Clinic researchers reviewed data from previous studies to assess the best way to prescribe the three medications for opioid use disorder.

One study showed heroin addicts treated with either methadone or buprenorphine had a five-year abstinence rate of 33.2 percent. That rate fell to 20.7 percent when those drugs were prescribed to people addicted to both heroin and opioids.

A five-year follow-up showed methadone had more success in treating opioid addiction than buprenorphine. Although, fewer people may have been prescribed buprenorphine than methadone in the randomized trial.

No data was available for naltrexone over a five-year period, researchers reported.

But these drugs have legal requirements on who can prescribe them, which is said to contribute to their underuse. Also, drug addictions are often slow to develop, so doctors don't always recognize and diagnose them easily.

The researchers say addiction treatment strategies need to go beyond medication-only options in order to effectively battle the opioid epidemic -- but that these medications should be part of the strategies when needed.

"We need to establish a generalizable framework that utilizes the full repertoire of responses and resources we have at our disposal," Oesterle said.

Health News // 3 hours ago
1 in 3 U.S. children lack adequate health insurance, study finds
A new study found that 34% of U.S. kids under 17 were "underinsured" in 2019, meaning their insurance failed to address overall needs, ensure access to providers, had high out-of-pocket costs or wasn't always in effect.

Health News // 5 hours ago
Vaccination strengthens antibodies in people who have had COVID-19
Yet another study shows that a combination of vaccination and previous infection may provide better protection against new COVID-19 variants than either one alone.

Health News // 9 hours ago
Black, Hispanic people in U.S. less likely than White people to receive opioids
Dec. 7 (UPI) -- Black and Hispanic adults in the United States were less likely to be given opioids for pain management than White adults in 1990s, when they were new to market, but now are more likely to receive them, a new study says.

Health News // 18 hours ago
Study: COVID-19 pandemic sent blood pressure of people in U.S. skyward
Data covering almost half a million middle-aged Americans shows that about 27% saw their blood pressure go up significantly in 2020 after COVID-19 restrictions unfolded compared to the previous year.

Health News // 19 hours ago
Survey: 1 in 3 college freshmen deals with depression, anxiety
Researchers in Britain and Canada found about one-third of first-year students have or develop moderate to severe anxiety or depression, according to a new study. 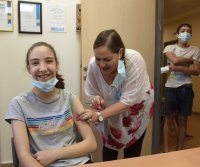 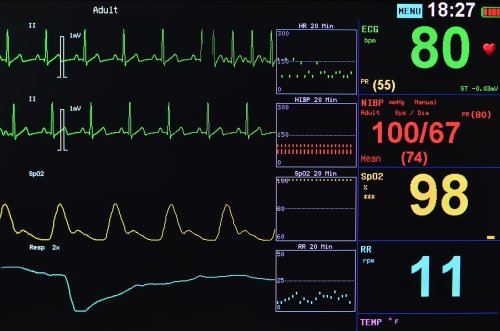