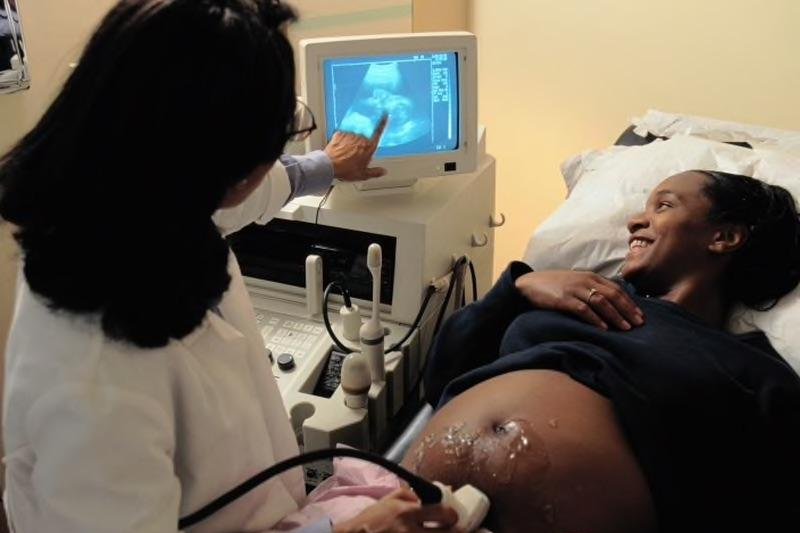 The gap between blacks and American Indians/Alaska Natives and other racial and ethnic groups widened with age. Photo courtesy of HealthDay News

Pregnancy is a far riskier undertaking for many minority women than it is for white women in the United States, a new government study shows.

The chances of dying from pregnancy complications is two to three times higher for black, American Indian and Alaska Native women than it is for white women.

"These disparities are devastating for families and communities, and we must work to eliminate them," said lead author Dr. Emily Petersen, medical officer in the Division of Reproductive Health at the U.S. Centers for Disease Control and Prevention.

"There is an urgent need to identify and evaluate the complex factors contributing to these disparities and to design interventions that will reduce preventable pregnancy-related deaths," Petersen said in a CDC news release.

Her team analyzed national data from 2007-2016 and found that the overall rate of pregnancy-related deaths rose from 15 to 17 per 100,000 births during that time.

There was little change in racial/ethnic disparities between 2007 and 2016, according to the study published Sept. 6 in the CDC's Morbidity and Mortality Weekly Report.

Most pregnancy-related deaths are preventable, according to the agency.

The CDC defines a pregnancy-related death as "the death of a woman during pregnancy or within one year of the end of pregnancy from a pregnancy complication; a chain of events initiated by pregnancy; or the aggravation of an unrelated condition by the physiologic effects of pregnancy."

A CDC report from May that analyzed data from 13 states concluded that each pregnancy-related death was associated with several contributing factors. These included lack of access to appropriate and high-quality care, missed or delayed diagnoses, and lack of knowledge among patients and health care providers about warning signs.

The data suggested that 60 percent or more of pregnancy-related deaths could have been prevented by correcting these issues.

"There are many complex drivers of [pregnancy-related death]. This [new study] shows the critical need to accelerate efforts and to identify the initiatives that will be most effective," said Dr. Wanda Barfield, director of the CDC's Division of Reproductive Health.

The U.S. Office on Women's Health has more about pregnancy complications.

Fluoride during pregnancy linked to lower IQ in children

Health News // 13 hours ago
CDC changes guidance after dog contracts monkeypox from owners
Adding yet another wrinkle to the monkeypox outbreak, a new case study suggests that people can pass the virus on to their pet dogs.