The nationwide suicide rate increased 30 percent between 2000 and 2016. Photo courtesy of HealthDay News

If you or someone you love is thinking about suicide, a new review points to effective treatments that can reduce suicide risk.

Some involve therapy -- cognitive behavioral therapy (CBT) or dialectical behavior therapy (DBT) -- while others involve medication, such as ketamine (by infusion) or lithium.

"People should be aware that there are treatments, such as CBT or DBT that can be helpful for people who have thoughts of suicide," said the study's lead author, Kristen D'Anci. She's senior associate director of the Center for Clinical Evidence and Guidelines at the ECRI Institute in Plymouth Meeting, Pa.

D'Anci added that medications, although less well-studied, can be an option, too.

The study's findings were published Aug. 26 in the Annals of Internal Medicine.

Suicide is a growing concern in the United States. The nationwide rate increased 30 percent between 2000 and 2016, researchers said.

Why is death by suicide on the rise?

One reason rates have gone up is that people are more likely to report a suicide now because it's a known mental condition, said psychologist Jill Harkavy-Friedman, vice president of research for the American Foundation for Suicide Prevention.

As for other reasons why the rate is climbing, she said, "Suicide is a complex behavior, and each person's risk is a little different."

For some, it may be lack of access to mental health or medical care. People may not have the resources they need to cope with stress, Harkavy-Friedman explained.

Daniel Reidenberg, managing director of the National Council for Suicide Prevention, agreed that there isn't one clear explanation for the surge.

"I don't think anyone knows definitively why more people are dying by suicide. There are lots of contributing factors, like opioids, online bullying, social media, military and veteran deaths and the economic crisis," he said.

How do you know if someone is at risk?

If "someone is communicating about suicide in any way, or if they're looking for a method or way to die, that's a pretty serious warning sign," Reidenberg said. "Other red flags are talking about having no hope, no future or feeling like a burden to family and friends."

Harkavy-Friedman said people who feel trapped or in unbearable mental pain are at risk. She said loved ones should be very concerned if they hear someone say, "You'd be better off without me," or "Things would be simpler if I wasn't around."

Both experts said big variations in behavior are a clue to mental health trouble. Those include withdrawing from friends and family, giving things away, increasing self-isolation, using drugs or alcohol more, as well as changes in appetite, energy levels and sleep patterns.

Reidenberg said many people who die by suicide don't sleep for 24 to 48 hours beforehand.

If you're worried about a friend or family member, Harkavy-Friedman said you should ask them point blank if they're considering suicide. "You cannot make someone suicidal," she said. "If you ask them, and they are thinking of suicide, you can give them an opportunity to talk."

Reidenberg noted that any connection is important. "Anything that can help them shift their thinking can provide an alternative," he said.

What treatments can help?

Treatments included CBT, DBT, ketamine and lithium. CBT, which can be done in person or online, helps people build hope and skills to cope with distress, D'Anci said.

DBT combines CBT with skills training and mindfulness techniques to help with emotion regulation, relationships and the ability to tolerate distress, the researchers said.

Ketamine is an anesthetic that works quickly to lower suicide risk. It must be administered intravenously, and its effects are short-term. Lithium is a mood-stabilizing medication commonly used to treat bipolar disorder, according to the National Alliance on Mental Illness (NAMI).

The studies compared these treatments to being put on a waiting list or receiving treatment as usual. Treatment as usual was typically providing information on crisis resources, such as hotline numbers, D'Anci said.

CBT and DBT both showed modest benefit in reducing suicidal thoughts. CBT was shown to reduce suicide attempts compared to treatment as usual. Ketamine and lithium reduced suicide rates compared to placebo, but the studies had limited information on any harms that might be associated with these drugs.

The review by D'Anci's team was one element used to update suicide prevention guidelines by the U.S. Veterans Health Administration (VHA). Suicide rates among service members nearly doubled between 1999 and 2016. The rate is higher for those not receiving VHA services.

Compared to the general population, the rate of suicide is 21 percent higher for vets.

The updated guidelines recommend screening for suicide risk. If that screening raises concerns, treatments should be considered. The VHA said short-term infusion of ketamine or lithium can be used. The drug clozapine can help people who have attempted suicide, or those with schizoaffective disorders.

The new guidelines say these options can be used alone or in combination with other mental health medications. The VHA guidelines also support the use of CBT or DBT for at-risk individuals.

The guidelines also suggest reducing access to means of suicide, such as firearms, for service members.

If you or a loved one is thinking about suicide, get help from the National Suicide Prevention Lifeline or call them at 1-800-273-TALK (8255). 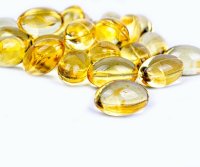 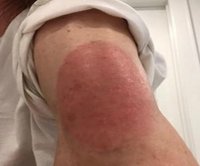