People with restless legs syndrome have nearly three times the risk of  suicide or self-harm, even if they didn't have underlying conditions like depression, diabetes and insomnia. Photo by MabelAmber/Pixabay

Aug. 23 (UPI) -- People with restless legs syndrome have nearly three times the risk of suicide or self-harm, even if they didn't have underlying conditions like depression, diabetes and insomnia, a new study says.

Researchers say this is a warning that health professionals should monitor the mental health of patients with the condition, according to findings published Friday in JAMA Network Open.

"Our study suggests that restless legs syndrome isn't just connected to physical conditions, but to mental health, as well," said Xiang Gao, a researcher at Penn State University and study author, in a news release. "And, with RLS being under-diagnosed and suicide rates rising, this connection is going to be more and more important. Clinicians may want to be careful when they're screening patients both for RLS and suicide risk."

Restless legs syndrome presents itself as a creeping sensation that starts in the lower legs. It also causes aches and pains throughout both legs, making it difficult to sleep. The only way to satisfy this sensation is to shake or kick the leg.

For the study, the researchers looked at claims data for more than 24,000 restless legs syndrome patients from the Truven Health MarketScan between 2006 and 2014. They also reviewed data for more than 145,000 people without the condition. None of the patients had attempted suicide or self-harm prior to the study.

The review turned up an alarming discovery: The patients with restless legs syndrome had a 270 percent higher risk of suicide or self-harm compared to those who didn't.

Results from other studies that connect depression and restless legs syndrome have aligned with the findings from this research.

"After controlling for these factors, we still didn't see the association decrease, meaning RLS could still be an independent variable contributing to suicide and self-harm," said Muzi Na, a researcher at Penn State University. "We still don't know the exact reason, but our results can help shape future research to learn more about the mechanism."

Health News // 51 minutes ago
Y chromosome may expose men to greater cancer risk, study finds
Jan. 17 (UPI) -- Researchers found that loss of function in certain genes of the sex-determining Y chromosome, which is present only in men, may cause them to have an elevated risk for cancer.

Health News // 3 hours ago
Three million new flu cases reported in last week, CDC says
Jan. 17 (UPI) -- According to the CDC, 4.7 percent of all visits to healthcare professionals during the week ending January 11th were linked with flu-like symptoms -- down from 5.7 percent the previous week.

Health News // 12 hours ago
Switching to skim milk may slow biological aging
A study of over 5,800 U.S. adults found that those who regularly indulged in higher-fat milk had shorter telomeres in their cells -- a sign of accelerated "biological aging."

Health News // 14 hours ago
Many in U.S. are inactive, with Southerners faring worse
Uncle Sam has a message for sluggish Americans: Get moving now. More than 15 percent of American adults are physically inactive, a new U.S. Centers for Disease Control and Prevention study reports. 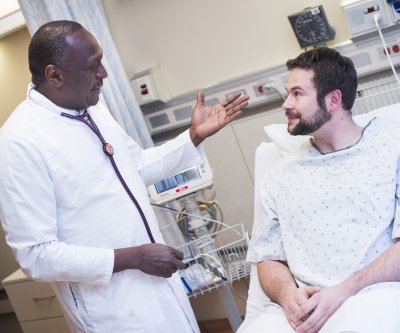 Health News // 19 hours ago
AI system 'near perfect' at spotting prostate cancer
In another step toward using artificial intelligence in medicine, a new study shows that computers can be trained to match human experts in judging the severity of prostate tumors.

Health News // 21 hours ago
Binge drinking rates in U.S. down, but 'intensity' on the rise
While the frequency at which Americans binge drink has declined slightly over the past decade, the number of drinks they imbibe during a binge is rising to dangerous levels, new research shows. 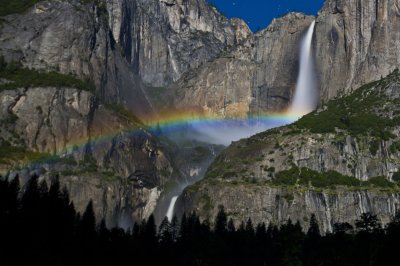 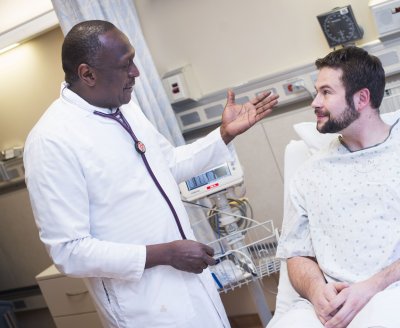