Insomnia may raise the risk of cardiovascular disease, heart failure and stroke. File Photo by lassedesignen/Shutterstock

The study was published Monday in Circulation.

"It's important to identify the underlying reason for insomnia and treat it," Susanna Larsson, a researcher at Karolinska Institute in Sweden and study lead author, said in a news release.

The researchers looked at data from multiple studies for 1.3 million people with and without heart disease and stroke. They used Mendelian randomization to identify genetic variants that are linked to insomnia.

While the researchers couldn't determine whether people in the study with cardiovascular disease had insomnia, they found the genetic variants increased the likelihood of coronary artery disease, heart failure and ischemic stroke. The risk, the researchers say, was especially high for large artery stroke.

According to the National Institutes of Health, between 50 and 70 million people in the United States has insomnia.

"Sleep is a behavior that can be changed by new habits and stress management," Larsson said.

Poll: 1 in 7 Americans use CBD products, mostly young adults Women with sleep apnea may be at higher cancer risk than men Insomnia may be genetic for some, researchers report

Health News // 5 hours ago
Study: Some cannabis products may not deliver CBD, THC listed on labels
Levels of the two active ingredients in medicinal cannabis -- THC and CBD -- can vary widely from those claimed by distributors, a new study warns.

Health News // 8 hours ago
FDA approves removing in-person requirement for abortion pill amid pandemic
April 13 (UPI) -- The Biden administration has approved for abortion medication to be dispensed through the mail during the coronavirus pandemic. 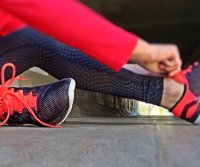 Health News // 13 hours ago
Poor exercise habits may raise risk for severe COVID-19, study finds
April 13 (UPI) -- Lack of physical activity may increase a person's risk for more severe COVID-19 and death from the disease, according to a study published Tuesday by the British Journal of Sports Medicine. 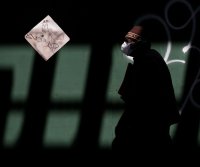 Health News // 18 hours ago
Suicide rates declined in parts of U.S., world early in pandemic, study finds
April 13 (UPI) -- Suicide rates in regions of the United States and the world remained flat or even declined during the early months of the COVID-19 pandemic, according to a study published Tuesday by The Lancet Psychiatry.

Health News // 21 hours ago
Study: Snoring in children linked to brain changes, behavior problems
April 13 (UPI) -- Children who snore regularly show signs of structural changes in their brains that perhaps contribute to symptoms such as trouble focusing, hyperactivity and learning difficulties at school, a study found.

Health News // 22 hours ago
Therapeutic cancer vaccine shows promise against multiple tumor types
A vaccine that uses genetics to teach a person's immune system how to precisely target the cancer has proven safe and feasible in early clinical trials, according to results of a new study.