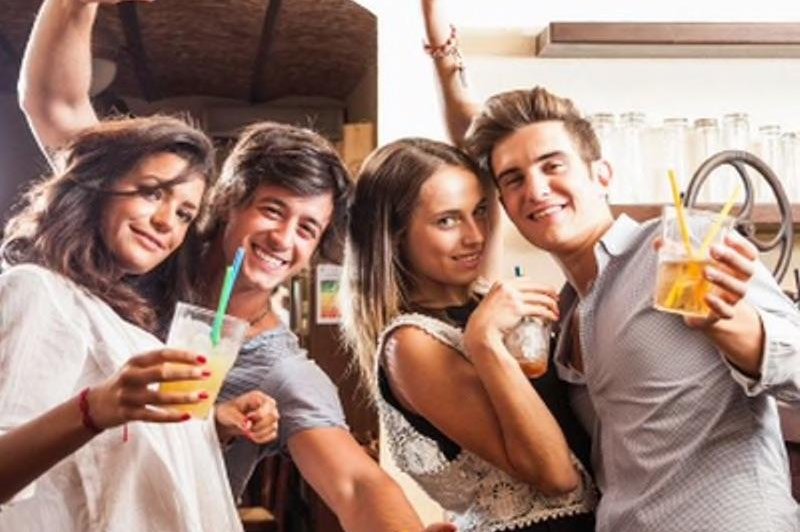 When a high school senior becomes a university freshman, change is the name of the game. A new school. New friendships. Even new ways of eating.

As healthy, home-cooked meals give way to a campus diet of beer and pizza, student waistlines tend to expand. But new research shows it is the waistlines of boys that expand the most.

How different? Poll results revealed that girls gained an average of about 4 pounds during their first year at university, said Josse, an assistant professor in the School of Kinesiology and Health Sciences at York University in Toronto.

But among the male first-year students, weight gains roughly doubled that, hitting an average of about 8 pounds, she said.

And while boys also packed on more lean body mass than girls during their first year at college, in the end they were more likely to end up becoming overweight than girls, the researchers found.

Why? Josse pointed to changing alcohol habits as a possible culprit, noting that while drinking went up across the spectrum, it went up more among boys.

The study included 301 first-year students (229 females and 72 males), aged 17 to 20, who completed the freshman diet survey. Nearly three-quarters lived in a campus residence, while roughly one-quarter lived at home.

The investigators found that total caloric intake did not change much over the course of the students' first year at school.

However, food quality did decline, while alcohol consumption increased, particularly among boys.

And while boys and girls both gained weight, male waistlines expanded much more.

For example, freshman girls saw their body mass index (BMI) -- a standard measurement of body fat -- rise on average from 22.6 to 23.3. That still kept most girls "within the normal weight category," said Josse.

In contrast, freshman males saw their BMI rise from 23.9 to 25.1. That change ended up "putting them into the 'overweight' category," particularly given that the students did not experience height changes over the course of the year, she explained.

The findings were published online July 3 in the journal PLOS ONE.

So what can be done to keep college waistlines in line? "It should start with the parents, and with instilling values of a healthy lifestyle at a young age," Josse said.

Josse also suggested that universities do their part to educate students about healthy eating, "particularly during a time of high stress, like the transition into university/college."

That thought was seconded by Lona Sandon, program director in the department of clinical nutrition at the University of Texas Southwestern Medical Center at Dallas.

"Many colleges are already doing things to offer healthier foods in dorms and campus cafeterias," Sandon said, to help first-year students navigate the "perfect storm for weight gain" that is going off to college.

"But you cannot force them to choose the healthier food or exercise more when they are pressed for time between classes, [and] maybe a part-time job, and studying," Sandon cautioned. "Most have to just figure it out for themselves and choose to make better choices, like other adults in the working world facing similar pressures."

Visit the U.S. National Institute of Diabetes and Digestive and Kidney Diseases for more on teens and healthy eating.

Health News // 6 hours ago
Those who return to work after loss of spouse may face increased challenges
People who returned to work within three months of losing a spouse had higher perceived stress levels and greater systemic inflammation than retirees who had lost their partner, a new study found.

Health News // 7 hours ago
Asking teens about suicide may raise odds they'll get help
Teens who were asked about their thoughts of self-harm were seven times more likely to be identified at-risk for suicide, and four times as likely to initiate treatment, a new study found.