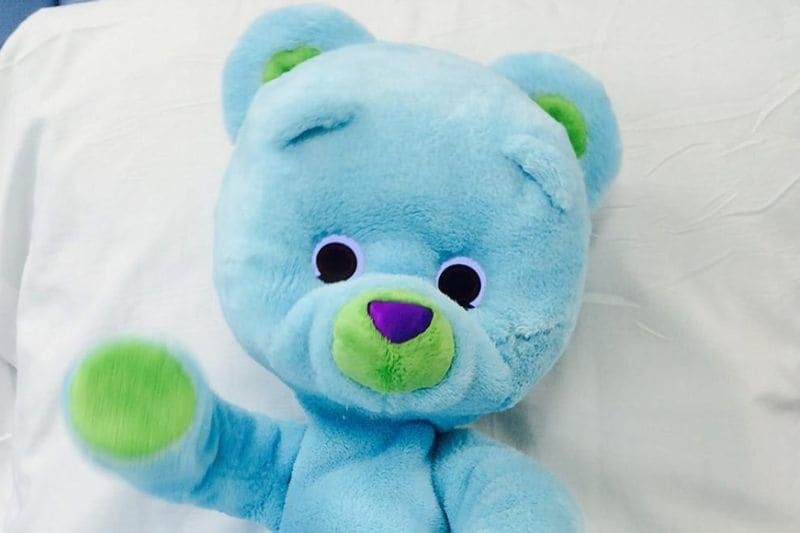 He sings, he plays games -- and Huggable the "social robot" teddy bear could be good medicine for kids in the hospital.

"It's exciting knowing what types of support we can provide kids who may feel isolated or scared about what they're going through," said study first author Deirdre Logan, a pediatric psychologist at the hospital.

Logan noted that hospital staffers provide a lot of support to help kids feel comfortable, but they can't be with every kid all the time.

"Social robots create a more consistent presence throughout the day," Logan said. "There may also be kids who don't always want to talk to people, and respond better to having a robotic stuffed animal with them."

The robot is not designed to replace health care specialists, only to assist them, the study authors noted.

Study co-author Cynthia Breazeal, founding director of the Personal Robots Group at Massachusetts Institute of Technology, said, "Our group designs technologies with the mindset that they're teammates ... We want technology to support everyone who's invested in the quality care of a child."

For the study, the researchers split the young patients into three groups: One used the robotic teddy; another group used a tablet-based, virtual Huggable; and the third group had traditional teddy bears.

The robotic teddy bear is operated by a specialist in the hall outside a child's hospital room. The specialist controls the robot's facial expressions and body actions, directs its gaze, talks through a speaker that shifts the voice to a higher pitch to sound more childlike, and monitors the patient via camera.

The specialist sang nursery rhymes to younger children and moved the robotic bear's arms during the song, and played the "I Spy" game with older patients.

The tablet-based, virtual Huggable had identical gestures and was also remotely operated.

But kids preferred playing with the Huggable robot to either the virtual version or a traditional teddy bear, according to the study published online June 26 in the journal Pediatrics.

Kids who played with the robot got out of bed and moved around more and made an emotional connection with the robot, asking it personal questions and inviting it to come back later to meet their families. Parents reported their kids had less pain when they interacted with the robot.

"Such improved emotional, physical and verbal outcomes are all positive factors that could contribute to better and faster recovery in hospitalized children," the researchers concluded in their report.

The American Academy of Pediatrics offers advice for parents when a child needs emergency hospital care.

Health News // 7 hours ago
Banking stool samples may improve healthy aging
Banking samples of your own poop in your youth and then transplanting them back when you're old might be a key to healthy aging, scientists suggest.

Health News // 19 hours ago
Cancer survivors at greater risk for heart disease, study shows
If you survive cancer, you're more apt to have heart trouble later on, a new study shows.

Health News // 22 hours ago
Many parents are lax on fireworks safety to protect kids
Many U.S. parents don't take proper precautions to protect their children from fireworks-related burns and injuries, claims a new survey released just ahead of the Fourth of July.

Health News // 1 day ago
Newly identified gene may be reason women have greater risk of Alzheimer's
WASHINGTON, June 30 (UPI) -- New research has identified a novel gene for Alzheimer's disease in women, furthering efforts to explain why the disease is more prevalent in females than males.
Advertisement