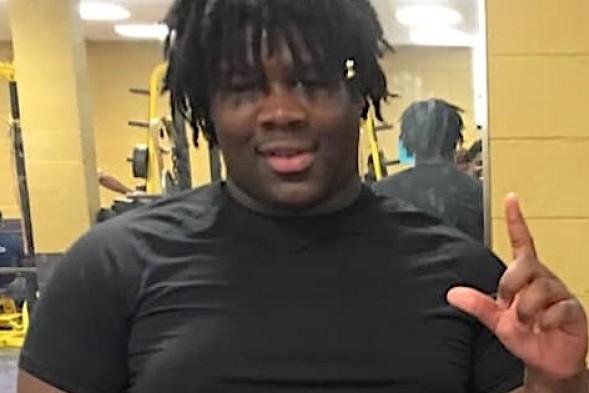 Marty McNair stood on the floor of his son's high school gym, wearing his son's college football number 79, with many of his son's University of Maryland teammates seated behind him in the bleachers. It was June 13, the one-year anniversary of his son Jordan's death.

Jordan McNair suffered heatstroke after his core temperature rose to 106 degrees on the first day of football practice at Maryland. But McNair wasn't at his son's McDonogh School gym to mourn on the anniversary; he was there in the hope that Jordan's death could save lives.

"As opposed to spending our time grieving today, we figured this would be the best way to honor Jordan," McNair said to a gym full of 8- to 13-year-old students at the Jordan McNair Health and Wellness Sports Clinic at the school to learn about football, health and well-being.

Summer can be deadly for football players who are preparing for the upcoming season in June and July and then often start practice in August. Those at risk run the full range of players, from Pro Bowlers such as the Minnesota Vikings' Korey Stringer, who died of heatstroke in August 2001, to 15-year-old Terrance Allen, an Amite (La.) High School lineman who collapsed and died after a practice June 18. Allen's cause of death has not been determined. Also, on June 11, Florida high school player Hezekiah Walters collapsed during football drills and died that night. He was 14.

"July and August are what we call our deadliest months," Dr. Samantha Scarneo told AccuWeather. Scarneo is the vice president of Sport Safety at the Korey Stringer Institute, whose mission includes preventing sudden death in sport.

Heatstroke typically occurs when someone's body temperature rises to 104 degrees or higher. According to the American Council on Science and Health, there have been 30 heat-related college football player deaths from 2000 to 2018.

Terrance, the most recent football player to die, had just finished a night practice to avoid the Louisiana afternoon heat and humidity. Temperatures reached a high of 90 that day and the AccuWeather RealFeel Temperature was 102 degrees. The AccuWeather RealFeel Guide advises caution at that mark and warns of the danger of dehydration, heatstroke and heat exhaustion if outside for extended periods, especially while doing strenuous activities.

From 1995 through 2018, 47 high school players died from heatstroke, making up the majority of the 64 players who had died during that period, according to the National Center for Catastrophic Sport Injury Research. However, the numbers are dropping; the report notes that from 2014 to 2018, there was an average of 2.2 heatstroke deaths per year, compared to 3.2 per year during the previous five-year period.

One method that coaches often now use involves heat acclimatization, which is the gradual phasing in of activities in the heat. That typically means football players will go light on practice activities during official practice sessions for the first three to five days.

"When states require heat acclimatization, they observe a 55 percent reduction in exertional heat illnesses compared to states that do not require that," Scarneo told AccuWeather.

Steve Savarese, executive director of the Alabama High Athletic Association, is a believer.

Those first minutes are indeed the critical factor in saving a player's life during a heat-related incident, according to Scarneo.

"Exertional heat stroke is 100 percent survivable with proper recognition and care," he said. "And that means getting the body temperature under the diagnostic temperature of 104 degrees as quickly as possible and then cooling the body as fast as possible with cold water immersion. When those two things are done, we see 100 percent survivability -- and that is unlike any other condition that somebody could die from."

Maryland's Jordan McNair did not receive such care, according to the University of Maryland President Wallace D. Loh. But among the missions of the foundation named in his honor is to eventually provide every Baltimore-area youth league with cold tubs. Marty McNair began that process at the June 13 event at McDonogh.

"A 3-minute emergency action plan can save somebody's life, and that's what we're here teaching today," Marty McNair said. "What's the closest hospital? Who has the ice? Who's in charge of the cold water tub? Who's going to call 9-1-1? Five or six things in a 3-minute meeting will make a difference and save somebody's life."