Having diabetes in middle age may boost your risk of stroke later in life, according to a new study. File photo by sfam_photo/Shutterstock

In a finding that further confirms the link between Type 2 diabetes and stroke, a new study shows that having the blood sugar disease during middle age may boost your risk of having the most common type of stroke later in life.

In addition to a 30 percent greater chance of an ischemic stroke, the researchers also found that people who had Type 2 diabetes in their 40s or 50s were twice as likely to have narrower blood vessels in their brain in their 60s and beyond.

"Our findings highlight the need for controlling midlife Type 2 diabetes mellitus to help prevent [ischemic stroke and narrowing of the blood vessels in the brain]," said study author Rongrong Yang. Yang is a Ph.D. candidate at Tianjin Medical University in China.

Type 2 diabetes has long been associated with the risk of stroke, but it's been hard to know if an increased risk of stroke comes from the diabetes or from other genetic and environmental factors, according to background information in the study.

To better tease out if diabetes itself was a likely culprit, the researchers reviewed data from the Swedish Twin Registry. More than 33,000 twin individuals met the criteria for the study.

The study participants were all born before 1958. None had evidence of narrowed brain blood vessels or stroke before age 60.

Just under 4 percent of the group had diabetes in midlife. More than 9 percent had late-life (after 60) strokes or narrowed blood vessels in their brain, the study authors said.

After adjusting the data to account for other stroke risk factors, such as smoking and obesity, the researchers noted the increased risk of ischemic stroke, but didn't find an increased risk of hemorrhagic stroke.

Yang said that genetic and environmental factors didn't appear to account for the increased risk of ischemic stroke, but noted that more research needs to be done. This study wasn't designed to prove a cause-and-effect relationship.

So why might diabetes lead to more ischemic strokes?

"The mechanisms underlying the association of Type 2 diabetes mellitus with stroke are complex and not completely understood," Yang said. But, people with Type 2 diabetes have abnormal cholesterol levels and that might contribute to the narrowed blood vessels in the brain.

Dr. Joel Zonszein, director of the clinical diabetes center at Montefiore Medical Center in New York City, said the Swedish population has significantly less Type 2 diabetes than would be found in the United States.

Zonszein was not, however, surprised to see a higher risk of stroke and narrowed blood vessels in people with diabetes.

"We need to be much more alert to getting the proper diagnosis of diabetes and controlling risk factors. Focus on the things we can change to try to improve risk factors," Zonszein said.

"Diabetic patients need to maintain a healthy lifestyle, such as doing regular exercise, eating a healthy diet, keeping a healthy weight, no smoking, as well as [blood sugar] control, in order to reduce the risk of [stroke] in late life," Yang said.

The findings were published June 5 in Diabetologia.

To learn more about diabetes and stroke, visit the American Diabetes Association. 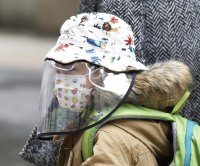