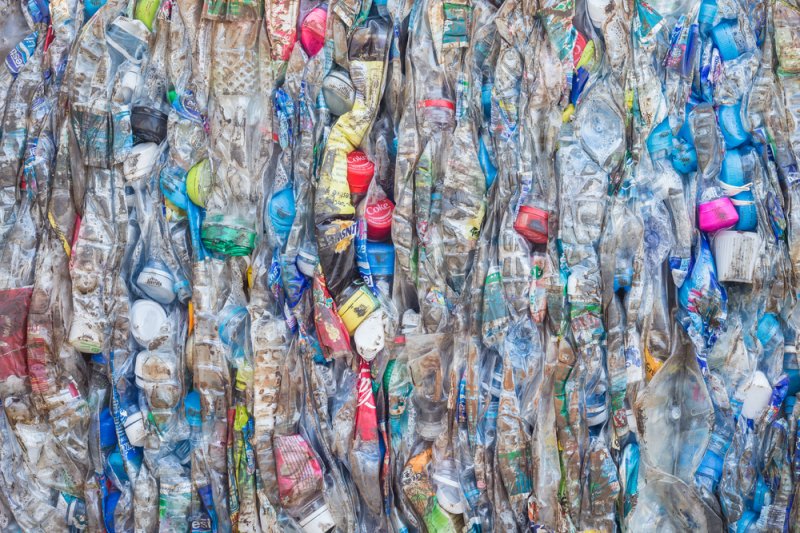 Americans consume 70,000 bits of micro plastic each years, according to a recent study. Photo by nanD_Phanuwat/Shutterstock

Extremely tiny bits of plastic: They're in your food and drink, and even in the air around you.

Now, new research calculates that the average American consumes more than 70,000 particles of these "microplastics" every year -- and even that's likely an underestimation, the scientists noted.

Your microplastic intake might be even higher if you choose products that have more plastics involved in their processing or packaging -- including bottled water, the research team said.

Just how harmful is all this plastic in your body? That's still unclear, said one expert unconnected to the new study.

"It's certainly concerning," said Dr. Kenneth Spaeth, chief of occupational and environmental medicine at Northwell Health in Great Neck, N.Y. "I think the best we can say is perhaps there's minimal harm here, but I think there is a possibility the harm could be extensive."

Other recent studies have shed light on the ubiquity of microplastics in people's bodies.

For example, one report out of Austria found that the average human stool sample contained at least 20 bits of microplastic. In another study, microplastic was found in 90 percent of samples of common table salt.

However, it's tough to accurately calculate the amount of plastic people consume, noted the lead author of the new study, Kieran Cox. That's because the 26 studies used in the evidence review involved food sources that only reflect about 15 percent of people's daily diet, he noted. Cox is a Ph.D. candidate with the University of Victoria in British Columbia, Canada.

That shows how "simple choices may drastically alter your exposure to plastics," Cox said.

Microplastic particles are incredibly tiny, less than 130 microns in diameter. For comparison, a human hair has a diameter of about 50 microns.

In the new study, Cox and his colleagues analyzed more than two dozen studies that estimated the average microplastic content of different types of foods.

They then estimated what an average person's microplastic intake would be if they ate the recommended daily amount of these foods.

The studies included in the review focused on such commonly consumed items as seafood, sugar, salt, honey, alcohol and bottled water, Cox said. A whole host of other common foods, including chicken, deli meats, vegetables and dairy products, have not been analyzed for their microplastic content.

"We don't have a huge part of the puzzle," Cox said. "We have a small portion of it. We know these are underestimates."

Based on these studies, the researchers estimated that annual microplastic consumption ranges between 39,000 to 52,000 particles, depending on age and sex.

If microplastic particles inhaled via breathing contaminated air are included in the estimate, the annual load increases to between 74,000 and 121,000, the team said.

The numbers would likely be higher for people who eat foods and drink liquids that are processed using plastics or packaged in plastics, Cox added.

For example, studies show that tap water exposes people to between 3,000 and 6,000 microplastic particles each year, but bottled water exposes them to between 64,000 and 127,000 particles annually if that's their only water source.

That's because bottled water is exposed to plastic in a number of different ways, both during processing and as it sits in its plastic bottle waiting for someone to take a swig, Cox said.

There's no clear handle yet on how these plastic particles could affect human health, Cox and Spaeth said.

"The extent to which it is posing a health risk is uncertain at this point," Spaeth said. "There's very little data in the way of human studies that look at health effects in any way."

There's a chance that harmful chemicals in the plastic might leach out of the particles as they pass through the body, Spaeth said.

Some particles also might lodge in the body following inhalation or ingestion, causing immune system responses and cellular damage, the researchers added.

"Once in the lung, depending on the size of the particle, it could conceivably pass into the circulation and go anywhere in the body," Spaeth said. "This study points out there's an accumulation of these particles at pretty high numbers."

The findings were published June 5 in the journal Environmental Science and Technology.

The U.S. Environmental Protection Agency has more about plastics and health.

Health News // 6 hours ago
Mental confusion an early warning sign of severe COVID-19
COVID-19 patients with mental confusion are at increased risk for a severe form of the illness, a new study finds.

Health News // 8 hours ago
Fatty meats, processed foods of 'western lunch' raise heart disease risk
A steady lunch routine of cheeseburgers and fries may shorten your life, but loading your dinner plate with vegetables could do the opposite.

Health News // 16 hours ago
Lost sense of smell returns for nearly all COVID-19 survivors
A year on, nearly all patients in a French study who lost their sense of smell after a bout of COVID-19 did regain that ability, researchers report.

Health News // 19 hours ago
Study: First cases of COVID-19 likely occurred weeks earlier than reported
June 24 (UPI) -- The first case of COVID-19 likely arose in China between early October and mid-November of 2019, according to an analysis published Thursday by the journal PLOS Pathogens. 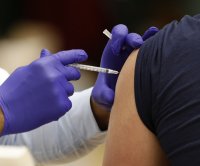