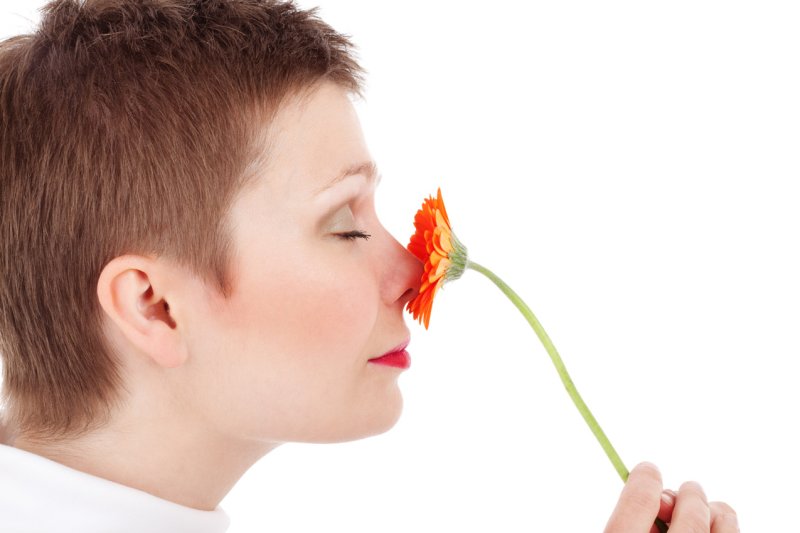 Older adults with a poor sense of smell had a 46 percent higher risk of dying within 10 years. Photo by Petr Kratochvil/Public Domain Pictures

April 30 (UPI) -- Having a poor sense of smell could mean failing health for people as they get older, a new study says.

Older adults with a poor sense of smell had a 46 percent higher risk of dying within 10 years, according to a study published Tuesday in the Annals of Internal Medicine.

Adding to that, 30 percent had a higher risk of death after 13 years.

"The olfactory nerve is the only cranial nerve that is directly exposed to the environment, and it is vulnerable to disruption by conditions that contribute to mortality, including medical illness, traumatic brain injury and neurodegenerative disease," the authors wrote. "These factors have prompted an increasing focus on the relationship among olfactory impairment, disease and risk of death in older adults."

For the study, researchers asked 2,289 adults between ages 71 and 82 to distinguish between 12 common odors. They rated the participant's sense of smell as either good, moderate or poor.

Many factors can contribute to a decline in sense of smell, such as dementia or Parkinson's disease, both of which are linked to 22 percent higher mortality risk. A 2017 study conducted in Sweden supported the link between poor sense of smell and death risk, but suggested that dementia isn't a strong factor between the two.

While older adults rarely receive screenings for sense of smell, the researchers hope physicians will consider the practice for regular exams.

"The sense of smell facilitates detection and identification of spoiled food and volatile environmental hazards, influences healthy grooming and personal hygiene, and affects nutritional status through its impact on appetite and feeding behavior," the study authors wrote.