So-called indicators of despair -- depression, suicide, drug and alcohol abuse -- are rising among those in their late 30s and early 40s.

People in their late 30s and early 40s are experiencing feelings of despair, and coping with alcohol and drugs, with researchers saying it is happening across most socioeconomic groups. Photo by StockSnap/Pixabay

So-called indicators of despair -- depression, suicide, drug and alcohol abuse -- are rising among those in their late 30s and early 40s, and it's occurring across-the-board, researchers say.

"These are getting worse as people age through their 30s," said lead researcher Lauren Gaydosh, an assistant professor with the Vanderbilt University Center for Medicine, Health and Society. "For example, heavy drinking is really peaking again, almost to levels equivalent to where they were at college age."

Previous studies have drawn attention to these "deaths of despair," but initially it appeared they were occurring mainly among poorly educated whites, Gaydosh said.

These new findings indicate that despair is pervasive throughout Generation X, affecting people regardless of their race, background or family income.

"Mortality, particularly for middle-aged people 45 to 54, has actually been increasing for the past several decades," Gaydosh said. "The fact that indicators of despair are more generalized is concerning. It could mean these increases in mortality might spread more broadly, across all demographic groups."

Gaydosh and her colleagues tracked despair indicators among a group of people who were in grades 7 through 12 in 1994-1995, which places them among the youngest members of Generation X.

Gen X is considered to consist of people born from the early-to-mid 1960s through the early 1980s; this study focused on people born between 1974 and 1983.

The investigators found that suicidal thoughts, symptoms of depression, marijuana use and heavy drinking all increased as these people aged into their late 30s.

Despair increased among those in their 30s across the country, and there was no evidence that only low-education whites were struggling with despair.

But, overall, the trends were broadly the same across Generation X, researchers reported.

According to Dr. David Katz, director of the Yale-Griffin Prevention Research Center, at Yale University, "This report of rising despair and risky behavior pervasively among adults approaching midlife is deeply disturbing. Despair is corrosive to all aspects of health, in our individual bodies and in the body politic alike."

There are a couple of possible reasons for this despair, Gaydosh said.

It could be that Gen X has simply entered a phase of life that's more challenging for anyone at that age.

"In this stage of the life course, people are in the midst of very intense family, work and social situations," Gaydosh said. Their kids are graduating high school and entering college, and these middle-aged folks are reconsidering their lives.

On the other hand, Generation X might be reflecting overall societal trends that have led Americans to feel hopeless and helpless.

These include the erosion of the middle class, declines in traditional family structures and social cohesion, and the highly acidic level of national politics, Gaydosh said.

Katz points to societal trends as a more likely cause.

"My list includes divisive politics, the elevation of racism and xenophobia, the ever-widening disparities our culture propagates, and of course the truly ominous implications of climate change hanging over all of our hopes for the future," Katz said.

Gaydosh said that small-scale efforts to combat the symptoms of despair, such as alcohol treatment programs, may not be enough.

"From what I've learned, it seems when you address one symptom, these underlying causes manifest themselves in other ways," Gaydosh said. "Addressing the underlying structural causes is really the only way to improve the health of all Americans. Otherwise, it's like a game of whack-a-mole."

The new study was published in the May issue of the American Journal of Public Health.

The Brookings Institution has more about mortality trends in the United States. 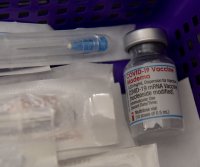 Health News // 10 hours ago
Study shows Pfizer vaccine booster produces antibodies after 4 months
Jan. 24 (UPI) -- Antibodies capable of countering the Omicron variant of the COVID-19 virus still are present in the body four months after a booster shot of the Pfizer-BioNTech vaccine, researchers have reported.

Health News // 17 hours ago
Most kids don't wear helmets while sledding, survey finds
When American kids do downhill skiing or snowboarding, they almost always wear a helmet, their parents say, but they're far less likely to do so when cruising down a neighborhood hill on a sled.

Health News // 17 hours ago
Weight loss before fertility treatment may not affect odds of success
Losing weight before beginning fertility treatment doesn't boost the odds that a woman who is obese will have a successful pregnancy, a new study shows. 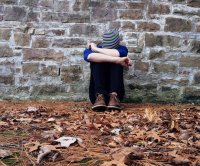 Health News // 18 hours ago
U.S. teens were in mental health crisis before COVID-19
American teenagers are facing what amounts to a mental health crisis, experts say. They already faced significant challenges, and the COVID-19 pandemic has only made them worse.
Advertisement