An opioid-cannabinoid mixtures could also help cut dependence patients dependence on opioids to relieve pain, which could decrease their likelihood of developing an opioid addiction. Photo by 7raysmarketing/Pixabay

April 9 (UPI) -- A combination of marijuana and opioids could be more effective at reducing pain than using each substance alone, new research suggests.

The combination could also help cut patient dependence on opioids to relieve pain, which could decrease the likelihood of developing an addiction to the medication, according to a study presented Tuesday at the American Society of Pharmacology and Experimental Therapeutics.

"These data provide additional evidence supporting the notion that opioid-cannabinoid mixtures that or effective for treating pain do not have greater and in some cases have a less, adverse a fax compared with larger doses of each drug," Vanessa Minervini, a researcher at the University of Texas health science Center at San Antonio and study author, said in a news release.

This study aligns with other research that backs the effectiveness of combining marijuana and opioids. These studies propose that the cannabinoids contained in marijuana and opioids work together to heighten the pain-relieving qualities without increasing the addictive effects.

Individually, the two drugs are known to impair cognitive skills. However, when the researchers used the opioid-cannabinoid mixture on rhesus monkeys, they observed no significant increases in memory loss or impulsivity.

The researchers note that these findings come as the nation battles the crippling effects of the opioid epidemic.

More than 130 people in the United States die each day from an opioid overdose, according to the National Institute on Drug Abuse.

"The current opioid epidemic underscores the need for safe and defective pharmacotherapies for treating pain," Minervini said. "Combining opioid receptor antagonists with drugs that relieve pain through actions at non-opioid mechanisms parentheses for example, cannabinoid receptors parentheses could be a useful strategy for reducing the dose of opioid needed to achieve pain relief."

Health News // 1 hour ago
WHO coronavirus team to visit Wuhan this weekend
Feb. 21 (UPI) -- WHO on Friday confirmed that its 12-member team on the ground in China will be visiting Wuhan, ground zero for the outbreak, and announced six special envoys to confer with world leaders to coordinate global response.

Health News // 1 hour ago
Visits, postive tests for flu drop in U.S., suggesting season is slowing
Feb. 21 (UPI) -- The CDC noted that for the week ending February 15, 6.1 percent of all visits to healthcare providers were related to influenza-like illness, down from 6.7 percent the prior week.

Health News // 3 hours ago
Lung illnesses may have pushed some in U.S. to quit vaping
New research suggests that last summer's spate of severe lung illnesses tied to vaping prompted many Americans to consider giving up e-cigarettes. 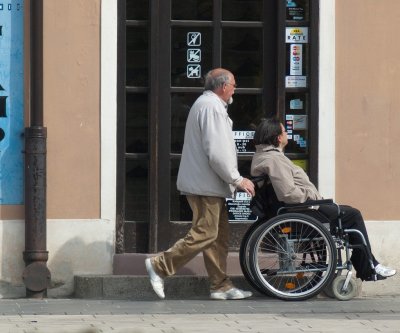 Health News // 4 hours ago
One in five family caregivers also in poor health
Caring for a loved one at home can be rewarding, but it can also be overwhelming and take a toll on your own health, a new study suggests.

Health News // 12 hours ago
Gay men underestimate HPV risk, researchers say
Young men who have sex with other men don't fully grasp their risk for human papillomavirus infection, due to a lack of information from health care providers, researchers say.

Health News // 19 hours ago
Travel restrictions have varied efficacy at containing disease outbreaks
Feb. 20 (UPI) -- As many as 30 countries have instituted some form of travel restriction in response to the new coronavirus, COVID-19, WHO officials said, in spite of limited scientific evidence they contain infectious diseases.

Health News // 21 hours ago
'Stranger Things' widened awareness of rare bone disorder
Actor Gaten Matarazzo III was born with a rare genetic disorder that affects bone development. Ever since his Netflix series "Stranger Things" became a hit, public interest in the condition has shot up, a new study says.

Health News // 22 hours ago
Knowledge may increase American interest in plant-based diets
A new poll suggests that education is all that stops most Americans from embracing plant-based diets that are better for the planet.