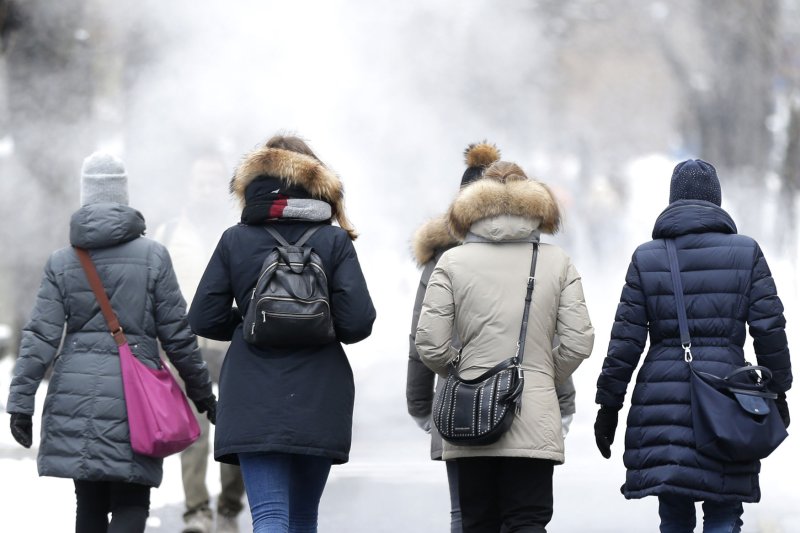 Many heart attacks worldwide have been triggered by wild temperature swings brought on, in part, by global warming. Photo by John Angelillo/UPI | License Photo

March 12 (UPI) -- Extreme temperatures can have a deadly effect on a person's heart, new research shows.

Many heart attacks worldwide have been triggered by wild temperature swings brought on, in part, by global warming, according to a study published Tuesday in the European Heart Journal. The researchers say an elevated set of risk of factors like diabetes and hyperlipidemia make people more vulnerable to death from heat.

"In the case of very high and very low temperatures in particular, this has been clearly demonstrated," Kai Chen, a researcher at the Institute of Epidemiology at German Research Center for Environmental Health and study author, said in a news release. "In this latest study, we wanted to see to what extent the heat and cold-related heart attack risk has changed over the years."

The researchers compared the data of heart attack patients from 1987 to 2014 with data from 2001 to 2014. The patient data was compared to weather data from both time periods.

"Our analysis showed that, over the last few years, the risk of heat-induced heart attack with increasing average daily temperature has risen compared to the previous investigation period," Chen said.

Chen said those with diabetes or hyperlipidemia were at greater risk during the second period, which the researchers suspect is partly influenced by global warming -- because increased heat makes is more likely that people with either condition have a health event.

Cold weather can also increase blood pressure in people poor heart health, which could lead to a cardiac event -- and ultimately a heart attack.

One Swedish study showed that when it's extremely cold, increasing the temperature by just 7.4 degrees celsius can reduce a person's risk of having a heart attack by 2.8 percent.

Conversely, extreme heat can lower blood pressure, causing a person's heart to beat faster and putting them at risk for a cardiovascular event.

Alexandra Schneider, a researchers at the Institute of Epidemiology at German Research Center for Environmental Health and lead author of the new study, say that extreme weather events -- such as the 2018 heat waves in Europe -- may cause cardiovascular disease occurrence to increase. She also said there is likely going to be a decrease in cold-related heart attacks in places such as Germany, but that very cold days will continue to represent a trigger for heart attacks.

"Our study suggests that greater consideration should be given to high temperatures as a potential trigger for heart attacks -- especially in view of climate change," Schneider said.