People with type 2 diabetes who ate five servings of nuts a week had a 34 percent lower risk of cardiovascular disease death versus type 2 diabetics who didn't eat 28-gram serving per month. Photo courtesy of Max Pixel

Feb. 18 (UPI) -- Eating nuts may give people with type 2 diabetes a better chance of staving off cardiovascular risk.

People with type 2 diabetes who ate five servings of nuts per week had a 34 percent lower risk of cardiovascular disease death versus type 2 diabetics who did not eat a 28-gram serving per month, according to a study published Tuesday in Circulation Research.

Type 2 diabetics who participated in the study also saw a 20 percent lower risk of coronary heart disease and a 31 percent reduced risk of all-cause mortality.

Other studies have shown a similar link between nuts and heart health, but the scientists who conducted the new study wanted to drill down on why.

"Evidence regarding the potential health benefits of nut consumption is scarce among individuals with type 2 diabetes who have altered metabolism of macronutrients and elevated risk of CVD and premature deaths," Gang Liu, a researcher at Harvard University T.H. Chan School of Public Health, told UPI.

"To fill these knowledge gaps, we prospectively investigated total and specific nut (i.e., peanuts and tree nuts) consumption after diabetes diagnosis, as well as changes in nut consumption before and after diabetes diagnosis, in relation to subsequent risk of total cardiovascular disease, coronary heart disease, and stroke incidence, and all-cause and cause-specific mortality among individuals with diabetes participating in two large prospective cohort studies," Liu said.

"We found that higher nut consumption, especially tree nuts, was significantly associated with a lower risk of total CVD and CHD incidence, and mortality due to CVD and all causes," Liu said. "The association was independent of established risk factors, including diabetes duration, body mass index, lifestyle and dietary factors, medication use, and nut consumption before diabetes diagnosis,"

The researchers say that all nuts are so effective in reducing cardiovascular risk because they contain minerals like calcium, potassium and magnesium, along with unsaturated fatty acids, phytochemicals, fiber, vitamins like vitamin E and folate.

Those nutrients help reduce the levels of low-density lipoprotein, or LDL, which is considered "bad" cholesterol. And LDL is one of the key reasons plaque builds in blood vessels, according to the Mayo Clinic.

"A greater increment in nut consumption after diabetes diagnosis was also significantly associated with a lower risk of subsequent CVD events and mortality," Liu said. "These data provide novel evidence that supports the recommendation of incorporating nuts into healthy dietary patterns for the prevention of CVD complications and premature deaths among individuals with diabetes." 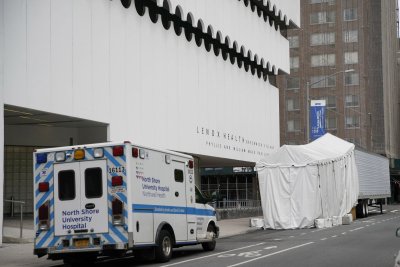