Obesity-linked cancers on the rise in young adults

Colorectal, endometrial, gallbladder, kidney, multiple myeloma and pancreatic cancers, all linked to obesity, are on the rise for millennials. Photo by Tiago Zr/Shutterstock

Feb. 4 (UPI) -- Rates for six of 12 cancers associated with obesity are growing among younger adult Americans, a new study says.

Colorectal, endometrial, gallbladder, kidney, multiple myeloma and pancreatic cancers, all linked to obesity, are on a rise for millennials, according to findings published Monday in The Lancet Public Health. The research focused on 18 cancers not associated with obesity.

"Although the absolute risk of these cancers is small in younger adults, these findings have important public health implications," Ahmedin Jemal, vice president of surveillance & health services research at the American Cancer Society, said in a news release.

In all, the study examined 30 cancers in 35 states, between 1994 to 2014. The research included roughly 67 percent of the U.S. population and expanded on a previous study that explored the uptick in colorectal in the United States.

RELATED Study: Nearly half of U.S. adults have cardiovascular disease

The new study found millennials have twice the risk of colorectal, gall bladder and pancreas and uterine corpus cancers than baby boomers, the study says.

Conversely, rates of all but two of the 18 non-obesity associated cancer have decreased among the generation younger than millennial.

According to one 2017 study, 57 percent of millennial adults will be obese by the time they turn age 35.

"Given the large increase in the prevalence of overweight and obesity among young people and increasing risks of obesity-related cancers in contemporary birth cohorts, the future burden of these cancers could worsen as younger cohorts age, potentially halting or reversing the progress achieved in reducing cancer mortality over the past several decades," Jemal said.

Carcinogens have long been known to cause of cancer. Fat is considered a carcinogen, so the researchers think young adults taking on excess body weight early could be leading to higher rates of cancer.

"Cancer trends in young adults often serve as a sentinel for the future disease burden in older adults, among whom most cancer occurs," Jemal said. 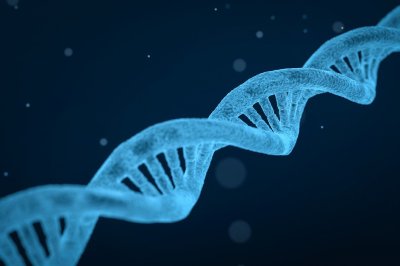