Teen birth control use up, but unwanted pregnancy remains high

While teen use of birth control is up, researchers say that teens who do not start using it soon enough after becoming sexually active are significantly more likely to get pregnant. Photo by MadalinCalita/Pixabay

Teens who didn't use birth control during their first month of sexual activity faced nearly a fourfold increase in the risk of an unwanted pregnancy within three months, the study found.

Access to the full range of birth control options, such as birth control pills, implants and intrauterine devices (IUDs), increased more over time in white women and in women in higher income groups, according to Murray Horwitz.

RELATED Total fertility rate in the U.S. lowest since 1978

Women between the ages of 18 and 24 see the highest rates of unintended pregnancy, according to background information in the study. Unintended pregnancies are also more common in Hispanic and black women, as well as in women in lower-income groups, the researchers said.

To see what effect birth control has had over the years, Murray Horwitz and her colleagues reviewed data from a nationally representative survey that occurred in stages, beginning in 1973. Answers from more than 25,000 women were included.

RELATED Young patients have trouble getting private talks with doctors

The average age at which female teens began having sex -- 17 -- didn't really change over the years.

But the use of birth control did improve. The initiation of contraception before the first sexual experience rose from less than 10 percent in the 1970s to more than 25 percent in the 2000s. The rate of birth control initiation during the first sexual experience was about 40 percent. The most common method used was the male condom, the study said.

Rates of timely birth control use (within the first month of sexual activity) were highest in white women, at around 85 percent. Hispanic women saw the most dramatic increase in early contraceptive use -- from 38 percent in the 1970s to 72 percent in 2010-2014.

White women were the only racial group to see an increase in the use of what the researchers called "effective" contraception -- from 21 percent to a peak of 40 percent in the 2000s. Effective birth control methods were those with lower rates of pregnancy, including the IUD, hormonal implants, sterilization, and birth control pills and patches.

Murray Horwitz said that while the study wasn't designed to tease out the reasons for improved used of contraception around sexual debut, she suspects that increased access to birth control methods, such as condoms, as well as more education and awareness, likely played a role.

She said pediatricians and parents can help by making sure teens are educated and have access to birth control methods.

Dr. John Steever, a pediatrician at Mount Sinai Adolescent Health Center in New York City, agreed that it's important for teens to have information.

"There's been an emphasis on talking to kids about abstinence and waiting to have sex, but when you look at the age of sexual debut, it hasn't changed in 40 years. Our children are going to be having sex, and probably before they're in a long-term monogamous relationship," said Steever, who wasn't involved in the study. "Given that, the way to reduce the risk of unwanted pregnancy is to talk about birth control and healthy sexual relationships. Parents can talk about abstinence, too, but if you talk to them, kids will have a much better idea how to protect themselves," he explained.

And don't just have "the talk" with your child, Steever advised. "Start early and have multiple small conversations to help them learn about positive, healthy relationships," he said.

The study was published online Jan. 15 in Pediatrics. 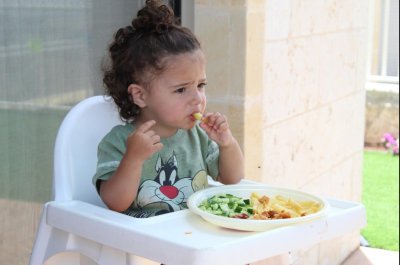 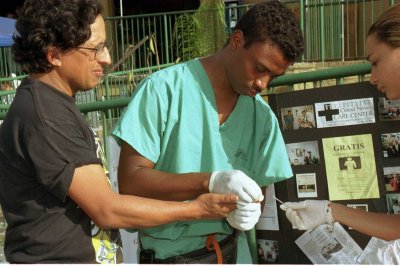