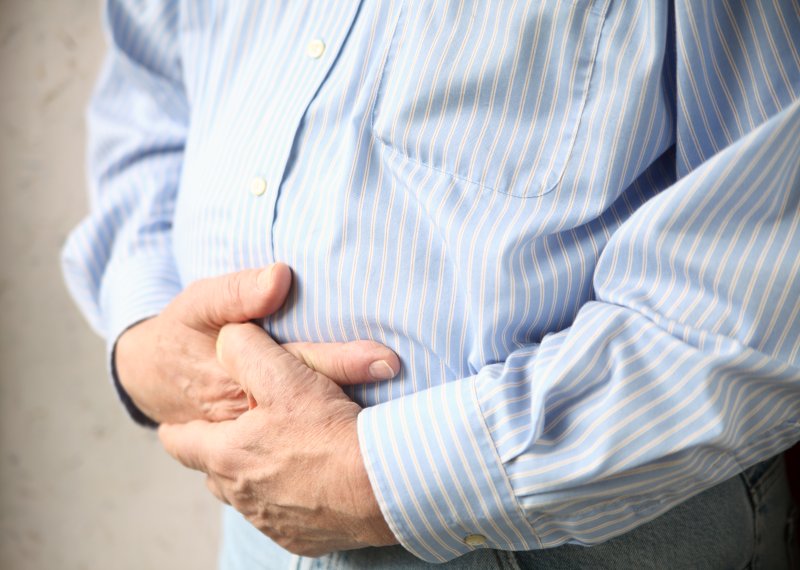 In 2015, the Centers for Disease Control and Prevention estimated that 1.3 percent of the U.S. population had inflammatory bowel disease. Photo by Alice Day/Shutterstock.com

A microbial metabolite known as Urolithin A, or UroA, that comes from berries and pomegranates contains a synthetic analog that ratchets up epithelial cell junctions in the stomach, pushing back IBD. The findings are published Wednesday in Nature Communications.

"Restoring the gut barrier and reducing the inflammation using a small-molecule will provide a better therapeutic output in the treatment of IBDs," Praveen Vemula, Research Investigator at inStem and study co-author, said in a news release. "A synthetic analog overcomes the stability limitation that a microbial metabolite poses, thus enhancing the efficacy."

The gut barrier normally uses its single-cell epithelial layer to protect against toxins in the area. It maintains this barrier with tight junction proteins like claudins, Zona occludin-1 and occludin. IBD loosens these proteins, allowing toxins to spill from the gut. This causes chronic inflammation.

No drugs currently on the market create tight junction proteins, and Zona occludin-1, the steroidal immunomodulators and non-steroidal anti-inflammatory drugs therapies don't do much to treat inflammatory bowel disease.

"The general belief thus far in the field is that Urolithins have a beneficial effect only through their anti-inflammatory property. We have for the first time discovered that their major mode of function is repairing the gut barrier dysfunction," said Rajbir Singh, a postdoctoral fellow at Univ. of Louisville and study co-author.

Now, researchers in India and from the University of Louisville think they have found a treatment. They found pomegranates and berries raise the level of proteins in the gut that tighten epithelial cell junctions.

They performed multiple in vitro and in vivo experiments that showed how these small molecules decrease gut permeability by replacing the epithelial barrier by over-expressing the junctional proteins.

In 2015, the Centers for Disease Control and Prevention estimated that 1.3 percent of the U.S. population had inflammatory bowel disease, which is usually diagnosed as either Crohn's disease or ulcerative colitis.

"Most potent synthetic analog of UroA developed here could be a potential new chemical entity to mitigate IBDs," said Taslimarif Saiyed, a researcher from Center for Cellular and Molecular Platforms and study co-author.