While experimenting with lab mice and samples from human MS patients in a preclinical trial, the researchers observed Immunoglobulin A antibodies completely block MS inflammation. Photo by Alice Day/Shutterstock.com

Researchers from the University of Toronto and the University of California San Francisco found that microbes known as plasma cells that live in the gut create Immunoglobulin A, or IgA, antibodies that can travel to the brain to suppress inflammation caused by MS.

The findings were published Thursday in the journal Cell.

"We already knew what was and was not working in the clinic," Jen Gommerman, a professor of immunology at the University of Toronto and study senior author, said in a news release. "But here we've uncovered the molecular and cellular mechanism at play. It's a kind of reverse translation approach, which highlights the importance of the gut-brain axis in MS and other autoimmune conditions."

While experimenting with lab mice and samples from human MS patients in a preclinical trial, the researchers observed IgA completely block MS inflammation.

"As a clinician-scientist, it is exciting that our experiments linking preclinical animal models to the biology we see in real MS patients may have uncovered a general mechanism for how the immune system counteracts inflammation," said Anne-Katrin Pröbstel, a researcher at the Baranzini lab at UCSF. "Until now, no one has really studied these IgA-producing plasma cells in the context of disease, but we are now examining them in detail in patients with MS to begin to understand how we might manipulate them to help treat neuroinflammatory disease."

Canada and the United States have some of the highest rates of MS in the world. In fact, the National Multiple Sclerosis Society estimates that 2.3 million people in the U.S. have the disease.

Since there is no cure for the condition, researchers are eager to find out how to use the new finding for treatment.

"If we can understand what these cells are reacting to, we can potentially treat MS by modulating our gut commensals," Gommerman said. "That might be easier than getting drugs into the brain, which is a strategy that hasn't always worked in MS." 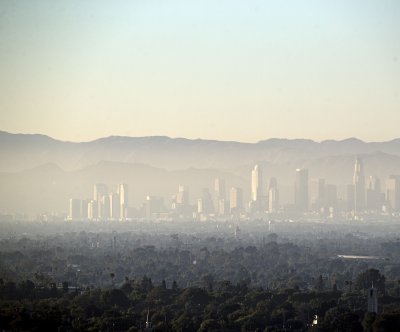