Three-quarters of people in U.S. struggling with loneliness

"There's a misperception that loneliness means social isolation. Loneliness is subjective. It is what you feel," said researcher Dr. Dilip Jeste.

New researchers suggests that many more people than expected, and many with no mental health issues, struggle with loneliness. Photo by Pixabay

TUESDAY, Dec. 18, 2018 -- Folks feeling lonely as the holidays approach have a lot of company, a new study suggests.

Loneliness appears to be widespread among Americans, affecting three out of every four people, researchers have found.

Further, loneliness appears to spike at specific times during adulthood. Your late 20s, mid-50s and late 80s are times when you are most at risk of feeling lonely.

Wisdom appeared to be a strong factor in avoiding feelings of loneliness, the researchers said. People who had qualities of wisdom -- empathy, compassion, control over their emotions, self-reflection -- were much less likely to feel lonely.

RELATED Loneliness pushes up dementia risk by about 40 percent

The extent of loneliness detected in the study was a "surprise, because this was a normal population," said senior researcher Dr. Dilip Jeste, a professor of psychiatry and neuroscience with the University of California, San Diego. "This was not a group of people at high risk for emotional problems."

On the other hand, the peaks of loneliness discovered in the study made sense to Jeste.

"These are three periods of life that are full of stress for different reasons," Jeste said.

For this study, Jeste and his colleagues surveyed 340 average adults, aged 27 to 101, living in San Diego. Each person's loneliness was measured using several different measures, including a 20-point loneliness scale developed at the University of California, Los Angeles (UCLA).

About 76 percent of people showed serious signs of loneliness based on results from the UCLA questionnaire, with 54 percent gauged as moderately lonely and 22 percent ranked as highly lonely.

Loneliness might not mean what you think it means, however.

Thus, people can feel lonely even if they are married and have a network of friends, if in their hearts they feel like it's not enough, Jeste explained.

That said, highly lonely people were more likely to be single, live alone and have a personal income less than $35,000, the investigators found.

The observed peak time periods for loneliness reflected ages that can be challenging in a person's life, Jeste noted:

People suffering from loneliness tended to have more depression, anxiety and stress in their lives, the study authors added.

And according to Craig Sawchuk, chair of Integrated Behavioral Health at the Mayo Clinic in Rochester, Minn., loneliness and its accompanying emotional turmoil can harm a person's physical health.

People who are lonely can tend to become homebodies, Sawchuk said. He was not involved with the study but was familiar with the findings.

"If we're finding loneliness increases, you might see an increase in sedentary lifestyle as well," which can lead to high blood pressure, diabetes and heart problems, Sawchuk said. "These mental effects do have a wear and tear on us physically."

Wisdom appears to serve as a buffer against loneliness, with specific components that provide important context in dealing with those feelings.

For example, Jeste suggested, people better able to control their emotions can more capably handle anxiety related to loneliness, and those who self-reflect have a greater understanding of why they feel lonely.

Spirituality and empathy help a person feel more connected with others, he added. "You know you are part of a much larger cosmos. You are never alone," Jeste said. "There is something else besides you that will always be there."

Julianne Holt-Lunstad is a professor of psychology and neuroscience with Brigham Young University in Utah. She said that while self-understanding is important, people fighting feelings of loneliness should not underestimate the importance of getting out there and interacting with others who share their values or interests.

Social connection can be thought of as a fundamental need for human beings, like food and water, Holt-Lunstad added. If so, loneliness is similar to hunger and thirst -- a motivator for people to meet that need.

"If it's the motive to seek out social connection or that recognition we are lacking that connection, it seems like that should be a part of the solution rather than just trying to suppress the symptoms," she said.

But since loneliness is subjective, the solution to overcoming those feelings will be completely personal to each individual, Holt-Lunstad noted. For example, she pointed to one study that found getting involved in social groups ranked high both as what had worked for people and what had not worked to combat loneliness.

"The solution might not be the same for everybody," Holt-Lunstad said.

The new study was published online Dec. 18 in the journal International Psychogeriatrics.

The Association for Psychological Science has more about loneliness. 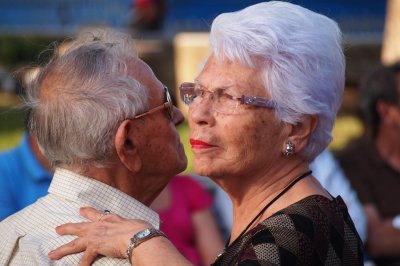