The link between dementia and death from stroke has been spotlighted in several studies, with a new analysis of medical data from Sweden further strengthening the potential relationship. Photo by BillionPhotos.com/Shutterstock

Dec. 17 (UPI) -- Researchers in Sweden have tied deaths from ischemic stroke, or IS, to dementia and Alzheimer's disease.

The research, published Friday in Current Alzheimer Research, reveals that of the more than 28 percent who died with dementia in 2014, 8.3 percent of them had IS.

For the study, Swedish scientists at Karolinska Institute performed a retrospective study using data from the Swedish Dementia Registry that was collected between 2007 and 2014. The scientists wanted to build on past research that drew a connection between dementia and stroke.

Their work also factored in stroke deaths at the Swedish Stroke Register, or Riksstroke, with data connected to dementia diagnosis.

Many of the IS deaths they studied were from vascular dementia, while others resulted from Alzheimer's dementia.

In the United States, nearly 800,000 people have a stroke each year and approximately 140,000 die from stroke, according to the Centers for Disease Control and Prevention. Ischemic strokes account for about 87 percent of all strokes, which blocks blood flow to the brain.

The agency estimates that strokes cost the U.S. about $34 billion annually in health care services and missed days of work.

These recent findings follow a study published in August in The Journal of the Alzheimer's Association that showed the risk between stroke and dementia among 3.2 million worldwide.

In that study, co-author Dr. Ilianna Lourida, of the University of Exeter Medical School said, "We found that a history of stroke increases dementia risk by around 70 percent, and recent strokes more than doubled the risk."

"Given how common both stroke and dementia are, this strong link is an important finding. Improvements in stroke prevention and post-stroke care may therefore play a key role in dementia prevention," Lourida said. 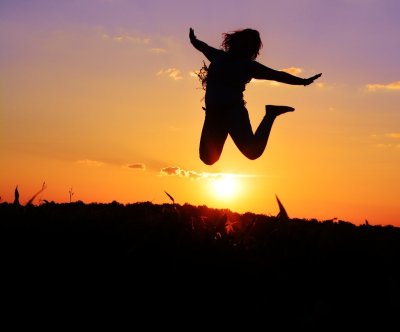 Health News // 4 hours ago
Vaping linked to DNA changes similar to those in cancer
Chemical alterations called epigenetic changes have been linked to vaping and e-cigarette use, and can cause genes to malfunction. The changes are found in nearly all types of cancer, researchers say.

Health News // 8 hours ago
Too much sitting increases heart disease, diabetes risk in older women
Feb. 17 (UPI) -- Researchers assessed the sitting habits of older, post-menopausal women and found that those who spent more time seated, and were either overweight or obese, had a higher risk of heart disease and diabetes.