Researchers point to increased consumption of soft drinks, especially in recent decades, as a major reason for the increased link.

The average U.S. households paid 7 percent of their incomes on soft drinks versus 9 percent for low-income households. Photo by taa22/Shutterstock

Dec. 11 (UPI) -- Obesity and poverty have always had a strong connection, researchers say.

That's why the most impoverished communities in the U.S. have seen the fastest rise in diabetes and obesity over the last 30 years, according to a study published Tuesday in the journal Palgrave Communications.

Alexander Bentley of the University of Tennessee and his colleagues looked over data from 3,000 U.S. counties from the Centers for Disease Control and Prevention. They found that in 1990, obesity rates were a third of what they are now.

"The data point to a developing trend that was not present in 1990. This negative correlation has evolved steadily over recent decades," Bentley, the study's lead author, said in a press release. "By 2015 the situation was such that members of lower-income households had a much greater chance of suffering from obesity and diabetes."

Bentley thinks soft drinks could be the culprit. Sugar consumption rose greatly in the 20th Century, from 12 percent of food energy in 1909 to 19 percent in 2000, the report says.

Much of this is attributed to the rise in the use of high fructose corn syrup, which is chemically similar to sugar, in various food products -- corn syrup is the main sweetener in soft drinks.

In 2000, the average person ate about 27 kilograms, or 60 pounds, of corn syrup each year. That's half of their yearly sugar intake.

The average U.S. household as of 2000 paid 7 percent of their incomes on soft drinks versus 9 percent for low-income households.

"The timing is suggestive, with the generations of young Americans consuming high fructose corn syrup in foodstuffs predicting a similar increase in obesity as they became adults," Bentley notes. 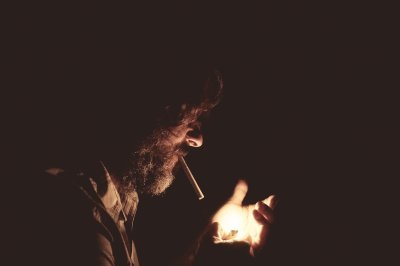