The World Health Organization says that nearly 18 million people die each year from cardiovascular disease, accounting for about 31 percent of deaths worldwide. Photo by Air Images/Shutterstock

Dec. 10 (UPI) -- Genetic makeup can play a part in whether a person exercises or not, a study says.

Researchers found in an analysis of data from the UK biobank on 91,000 people who'd worn an activity monitor for a week, identifying those who were more active or sedentary, finding that genes play a role in the levels of physical activity many of them engage in.

"We have carefully developed machine learning models to teach machines how to analyze complex functions like activity," Aiden Doherty, a researcher at the Big Data Institute at the University of Oxford and study co-author, said in a news release.

"These models provide exciting new insights into human movement behaviors in large studies such as UK Biobank with its half a million participants."

The analysis revealed an intersection between neurodegenerative diseases, mental health wellbeing and brain structure, specifically as it relates to physical activity and sleep.

The researchers say physical inactivity -- the lack of which has been indicated in negative conditions like obesity, diabetes and heart disease -- could become a global health crisis.

"How and why we move isn't all about genes, but understanding the role genes play will help improve our understanding of the causes and consequences of physical inactivity," Doherty said.

The World Health Organization says that that nearly 18 million people die each year from cardiovascular disease, accounting for about 31 percent of deaths worldwide.

The researchers think this work could help create more awareness of the health consequences of sleep and physical activity, with their published report drawing a direct link between exercise and lower blood pressure.

"It is only by being able to study large amounts of data, such as those provided by UK Biobank, that we are able to understand the complex genetic basis of even some of the most basic human functions like moving, resting and sleeping," Doherty said. 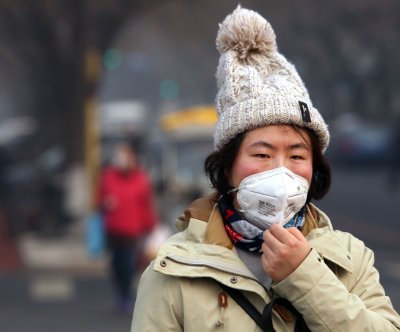