Benefits of CBD liquid for epilepsy may fade over time, study says

"This is not really a big shock: All the drugs we have and use, even when they work, a year later we're frequently moving on to the next drug," said Dr. Shlomo Shinnar, president of the American Epilepsy Society.

While it has worked wonders for many, new research suggests that the efficacy of CBD liquids for epilepsy may fade at some point. Photo by 7raysmarketing/Pixabay

Cannabidiol, or CBD, liquid has been proven effective against seizures, but about one-third of patients develop tolerance that blunts the drug's effectiveness, according to research presented Sunday at the American Epilepsy Society's annual meeting, in New Orleans.

Cannabidiol became available in the U.S. market early in November, under the name brand Epidiolex. The U.S. Food and Drug Administration approved Epidiolex for treatment of two rare and severe forms of epilepsy, Lennox-Gastaut syndrome and Dravet syndrome.

Epidiolex, a twice-daily oral solution, is the first FDA-approved drug to contain an ingredient derived from the marijuana plant. CBD does not produce a high; that's caused by another compound in pot called THC.

To see how well CBD works in treating epilepsy, researchers recruited 92 children and adults whose seizures were not responding to other medications. All had used CBD for an average of nearly 20 months.

In this new study, CBD was used in a broader pool of patients, ranging from those with Lennox-Gastaut and Dravet to people with epilepsy caused by stroke.

About 57 percent saw their monthly seizure frequency cut in half while taking CBD, indicating that the treatment is effective.

But tolerance developed in about one-third of those patients after an average of seven months. Doctors needed to increase the dose by 30 percent to get the same benefit; otherwise, the seizures increased by more than 30 percent on the same dose, the findings showed.

Doctors increased the dose of CBD for all patients who developed tolerance, and 12 people responded well while 15 did not.

About one-third of patients stopped taking CBD due to lack of effectiveness or because of side effects, which included sleepiness and gastrointestinal issues, such as nausea, decreased appetite and vomiting, the researchers reported.

These results indicate that CBD is a valuable new epilepsy drug, but is not a magic bullet for treating seizures, epilepsy experts said.

"We often talk about a honeymoon period when patients start a new medication. Many of those patients then relapse," said Dr. Fred Lado, Northwell Health's regional director of epilepsy for Queens and Long Island in New York. "In this study, tolerance decreased after about seven months, which is similar to the honeymoon period we see with other medications."

Dr. Shlomo Shinnar, president of the American Epilepsy Society, agreed that epilepsy drugs tend to lose some effectiveness in patients over time.

"This is not really a big shock: All the drugs we have and use, even when they work, a year later we're frequently moving on to the next drug," said Shinnar, director of the Comprehensive Epilepsy Management Center at the Montefiore Medical Center and the Albert Einstein College of Medicine in New York City.

There was hope that CBD might have been different from other epilepsy drugs, since the substance promotes increased activity in cannabinoid receptors in the brain, said Dr. Ruben Kuzniecky, director of research and clinical trials at Lenox Hill Hospital in New York City.

Given that, it would have made sense that increases in tolerance would have been limited, he noted.

"This is an important observation given the long-term data," Kuzniecky said. "CBD is a welcome addition to the treatment of certain forms of epilepsy, but long-term use and larger populations will be needed to understand its limitations."

Research presented at meetings is typically considered preliminary until it is published in a peer-reviewed journal.

The U.S. Food and Drug Administration has more about Epidiolex. 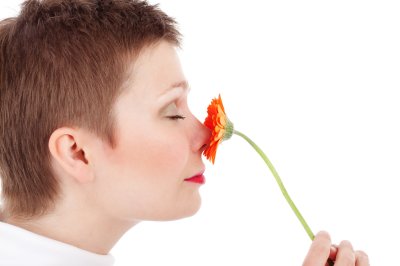