Only 60 percent of U.S. seniors got flu shots this season, survey says

While the number is an improvement from 41 percent last month, it is well below the level that analysts say it should be at -- 100 percent. Photo by Photographee.eu/Shutterstock

Results from the December Health Flu Shot Monitor, released Friday by health insurance company Clover Health compiled flu shot data Nov. 19 to Nov. 29 for people 60 and older. That number is not much better than the 41 percent of seniors who reportedly received flu shots in November's Flu Shot Monitor, the company reported.

Clover says that Medicare Advantage has even talked about the importance for seniors to get flu shots. According to AARP, more than 12,000 people died during last year's flu season from the illness.

The Centers for Disease Control and Prevention reports that fewer people traditionally get flu shots past November.

The CDC says there are even different flu vaccines designed for people older than 65, allowing for consideration of health conditions in each person receiving the vaccine.

"Even in December, it's not too late to get a flu shot," said Kumar Dharmarajan, chief scientific officer at Clover Health. "While we are heartened by the improvement from last month's findings, it is well below the 100 percent level where it needs to be. As it gets colder and people spend more time indoors, it is crucial that seniors get vaccinated to prevent the spread of infection in their communities." 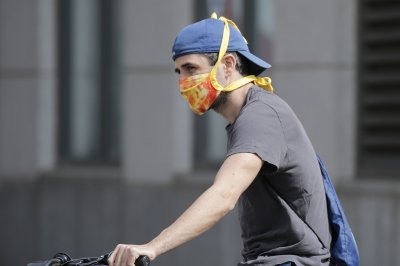