Artificial light could bring on insomnia in older adults

Researchers report in a new study that artificial light at night can cause insomnia in older adults. Photo by cinemusic30/Pixabay

The study findings, published in the Journal of Clinical Sleep Medicine, showed that "light pollution," or inappropriate or excessive use of artificial, outdoor light at night, can create an unusual and unhealthy effect on humans.

"This study observed a significant association between the intensity of outdoor, artificial, nighttime lighting and the prevalence of insomnia as indicated by hypnotic agent prescriptions for older adults in South Korea," said Kyoung-bok Min, an associate professor in the Department of Occupational and Environmental Medicine at Seoul National University College of Medicine, said in a press release.

Researchers pulled information from the National Health Insurance Service-National Sample Cohort in South Korea between 2002 and 2013 for adults age 60 and older. About 60 percent of participants were women.

Approximately 22 percent of people in the study received prescriptions for hypnotic drugs zolpidem and triazolam, according to the study.

Insomnia at night can disrupt circadian rhythms, which can lead to cancer, diabetes, obesity and depression.

The American Academy of Sleep Medicine describes insomnia as the struggle to fall asleep, maintain sleep or waking up too early.

"Given the recent scientific evidence including our results, bright outdoor lighting may be a novel risk factor for prescribing hypnotic drugs," Min said. 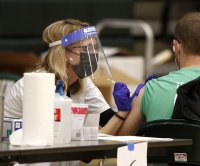 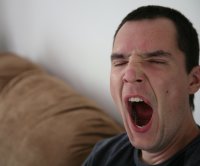 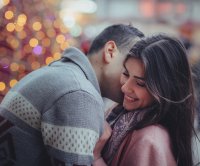