The asian longhorned tick, a ventral view of a female seen here, was recently found in several states in the U.S. Photo by James Gathany/Wikimedia Commons THURSDAY, Nov. 29, 2018 -- Americans have unwelcome eight-legged visitors from the East, and they're here to stay.

The Asian longhorned tick -- Haemaphysalis longicornis -- "is a tick indigenous to Asia, where it is an important vector of human and animal disease agents," warned a research team from the U.S. Centers for Disease Control and Prevention.

The tick species has already turned up in Arkansas, Connecticut, Maryland, New Jersey, New York, North Carolina, Pennsylvania, Virginia and West Virginia, where it's been found on domestic animals and wildlife, and at least two people, the researchers said.

Even though no U.S. cases of human disease have yet been attributed to the tick, it's a known vector for hemorrhagic fever in humans. As such, the Asian longhorned tick is considered "a new and emerging disease threat," according to a team led by C. Ben Beard, of the CDC's National Center for Emerging and Zoonotic Infectious Diseases.

Ticks are already the bane of Americans everywhere, with bites being prime causes of severe illness such as Lyme disease, babesiosis, Powassan encephalitis, Rocky Mountain spotted fever and other infections.

Now the newly introduced species brings the specter of another very serious illness, called "severe fever with thrombocytopenia syndrome virus" (SFTSV). This tick-borne disease quickly brings on serious hemorrhagic fever. It first emerged in China but has since been spotted in South Korea and Japan.

As described by Chinese researchers in a 2011 issue of the New England Journal of Medicine, symptoms include fever, vomiting, diarrhea and anemia. In some cases multiple organ failure can result, and 12 percent of cases prove fatal.

The tick can also spread a virus known to cause Japanese spotted fever in humans, another potentially fatal illness that brings very high fever and red rash. The CDC believes the insect can also be a vector for numerous other ailments, including Powassan virus.

Beard's team stressed that, so far, no such cases of SFTSV or Japanese spotted fever linked to the Asian longhorned tick have been reported in the United States.

Importation of the ticks has long been a worry for U.S. health officials.

"Before 2017, H. longicornis ticks were intercepted at U.S. ports of entry at least 15 times on imported animals and materials," which were then quarantined, Beard's team noted.

The first report of the tick being found in a non-quarantined animal in the United States involved a sheep in New Jersey in 2017, the new CDC report said. Since then, 53 more cases have emerged including 23 from domestic animals, 13 from wildlife, and two from humans. Fifteen more samples of the tick were found from environmental sampling -- tick traps, for example -- in grass or other vegetation.

Right now the tick seems localized to Eastern states, but its range could spread.

Steps are already being put into place to try to identify and limit the tick's spread, Beard's group noted.

"Many state and federal agencies are developing and disseminating information for stakeholders, including development of hotlines, and some states are identifying ticks submitted by the public," the team reported.

The new report was published in the Nov. 30 issue of the CDC's Morbidity and Mortality Weekly Report.

More information The CDC has more on the Asian longhorned tick.

Health News // 6 hours ago
One-third of food in American households is wasted
Jan. 23 (UPI) -- In findings published in the American Journal of Agricultural Economics, researchers at Penn State University noted that U.S. households waste nearly one-third of the food they acquire.

Health News // 1 day ago
Dead men should be permitted to donate sperm, ethicists say
Should a dying man be allowed to let doctors harvest his sperm for possible use by strangers after death? Yes, say two medical ethicists in Britain. 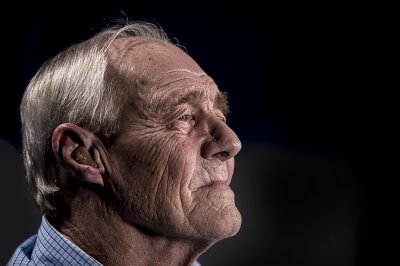