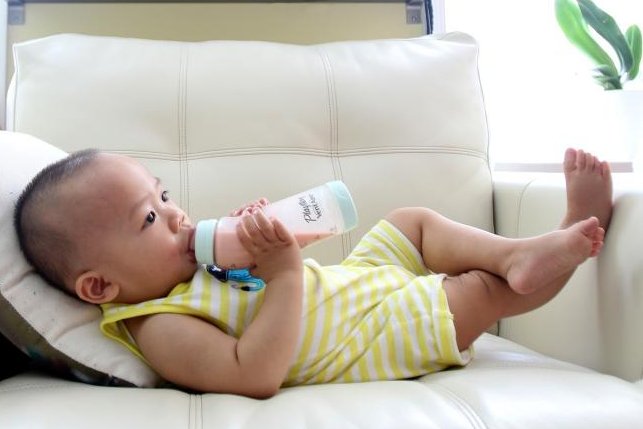 A study found infant girls who were fed soy formula had a greater risk of developing severe menstrual pain as young adults. Photo by tung256/pixabay

Nov. 9 (UPI) -- Infant girls who were fed soy formula had a greater risk of developing severe menstrual pain as young adults, according to a study of African Americans.

The findings, which were published Friday in the journal Human Reproduction, build on other research suggesting exposure to soy formula during early life may have detrimental effects on the reproductive system.

The only other research that studied soy formula and menstrual pain was published in 2001. The study, which primarily included white young adults who participated in feeding studies when they were infants, also found an association between soy formula feeding and severe menstrual pain.

The prevalence of menstrual pain in women of reproductive age is at 60 percent, according to population-based studies.

"Given how common menstrual pain is and the impact it can have on women's lives, the next steps in research should examine exposures, even those that occur earlier in life that may increase a women's risk of experiencing menstrual pain," lead author Dr. Kristen Upson, a postdoctoral researcher with the National Institute of Environmental Health Sciences, which is part of the National Institutes of Health, said in a press release.

They examined 1,553 African-American women, aged 23-35, participating in the NIEHS Study of Environment, Lifestyle, and Fibroid from 2010-12. Among the participants, 1,355 never consumed soy formula and 198 consumed it.

A naturally occurring component in soy formula interferes with the development of the reproductive system, based on data from previous laboratory animal studies. Upson said these studies have also shown that developmental changes can continue into adulthood.

The American Academy of Pediatrics recommends isolated soy protein-based formulas as safe and nutritionally equivalent alternative to cow milk-based formula for term infants when their nutrition needs are not met by breast milk or a vegetarian-based diet is sought. That includes an allergy to cow milk.

The AAP does not recommend soy formula for babies born prematurely.